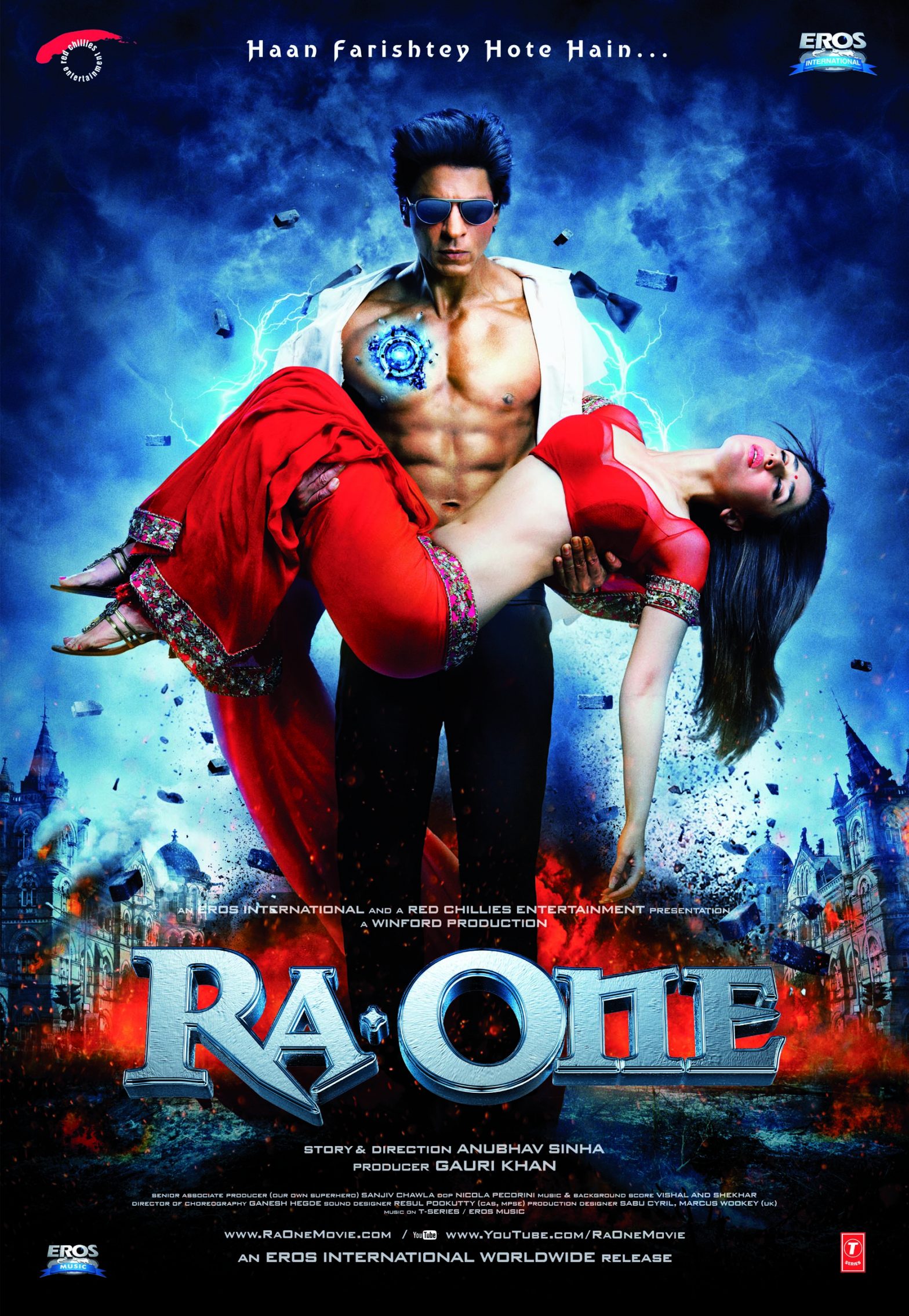 Shekhar, a video game programmer in London, has the sex-appeal of a toaster and David Hasselhoff’s haircut. But most of all, he’s a father who would do anything for his son Prateek. And sonny boy wants a new video game with the worst possible game villain imaginable: a bionic version of Darth Vader, Sauron, Megatron and Chuck Norris. Shekhar is all too eager to grant his wish and creates Ra.One, a thoroughly evil artificial intelligence. And Prateek has the honour to be the first to try out a demo version of the game, in which he royally kicks Ra.One’s ass. This defeat is indigestible for the evil one and he decides to leave his cage of pixels for a second round in the real world. And in life, there are no “reset” buttons ! Ra.One, a Bollywood blockbuster with the biggest budget ever for an Indian film, clearly wants to conquer the world with its mind-blowing special effects, references to Terminator II and The Matrix. Megastar Shah Rukh Khan ( Devdas, My Name Is Khan ) financed this epic adventure and plays a double part as Shekhar and G.One, the only other pixelated warrior able to stand up to Ra.One.