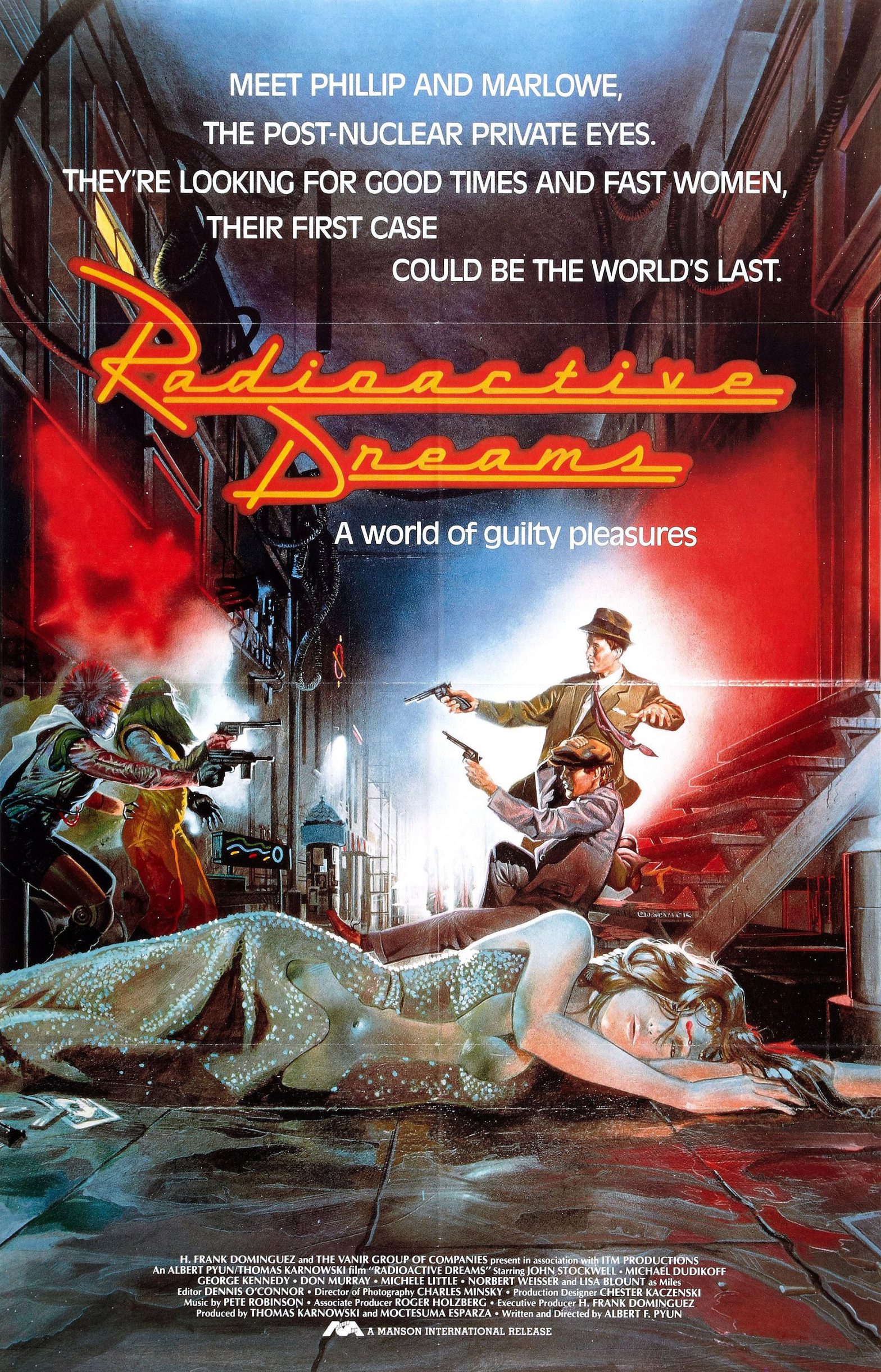 Locked up by themselves in a fallout shelter, two four-year-olds escape the disaster of World War III (a thermo-bacterio-nuclear war, that is).
For a while, their universe will only consist of documents stored in the shelter: a collection of detective movies and music from the ’40s. Living this way for fifteen years leaves marks: they wear Borsalinos and caps, speak like Humphrey Bogart and named themselves Phillip and Marlowe—and when they finally manage to get out of the shelter, their heads are filled with curvy blonde girls, pretty yet dangerous (they have never seen a woman before), and they are going to discover the outside world with “private eyes”.
They are going to have a run for their patience: a pretty blonde girl will push them into a terrible adventure where disco mutants will do them no more favors than the hippie cannibals and masters of the punk district.
Humor and madness are the words for this “detective rock story” in a weird post-nuclear word, directed and written by Pyun-Karnowski.John Stockwell (Phillip) is far from being unknown: he played “Dennis” in John Carpenter’s “Christine” and also starred in Aaron Lipstadt’s “City Limits” and Jonathan Betuel’s “My Science Project”. Miles, the young girl who will “introduce” our two heroes to the “fascinating” post-nuclear world is played by Lisa Blount, also known for her roles in “An Officer and a Gentleman”, “Cut and Run” and “What Waits Below”. Starring with these younger actors is George Kennedy (“Cool Hand Luke”, “Airport”, “Death on the Nile”).