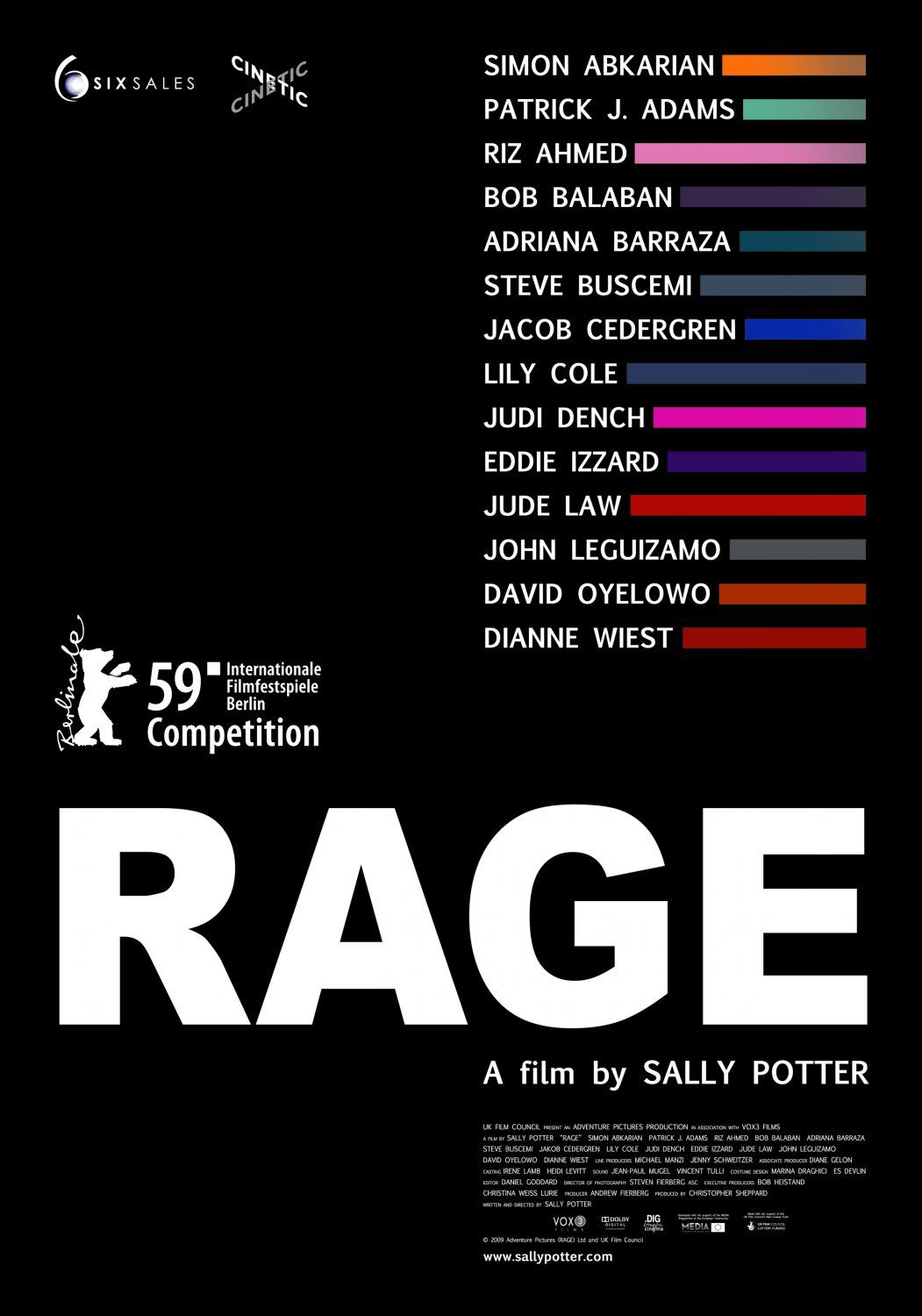 For seven days, young blogger Michelangelo uses his cell phone to register the hectic preparations for the new fashion show of renowned designer Merlin. He interview a very diverse group of people : celebrity supermodel Minx, financier Tiny Diamonds, sewstress Anita de Los Angeles, pizza delivery boy Vijay, war photographer Frank and fashion critic Mona Carvell. These conversations expose an industry in crisis. The consequences of globalisation and the current economic troubles put increasing pressure on the work floor and widen the gap between image and reality. When the death of a model on the catwalk leads to a murder investigation, Michelangelo’s interviews become crucial in solving the crime. In Rage, acclaimed British filmmaker Sally Potter ( Orlando, The Tango Lesson ), mercilessly dissects a world in which appearances are more important than common humanity. We see the entire story through the eyes of an adolescent, whose only weapons are the tools of his generation : the internet and a cell phone. This bitterly funny and absurd comedy was shot in London and New York with just a green screen as a background for the actors and with Potter herself behind the camera. By using minimal means, she could concentrate on the dialogues and the performances of an impressive cast : Steve Buscemi, Judi Dench, Jude Law, Dianne Wiest, John Leguizamo, Eddie Izzard…