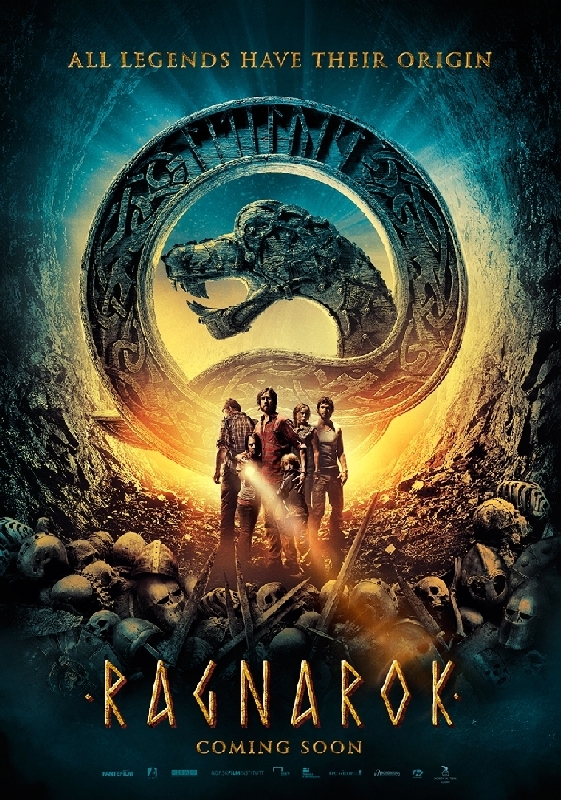 Norwegian archeologist Sigurd Svendsen is a young widower with two kids. His life work is the deciphering of the runes found on the famous Viking ship of Oseberg. He believes they contain the key to understanding the myth of Ragnarok, that giant serpent that devours itself and which symbolizes the end of the world. After his friend and colleague Allan finds a stone with the same inscription in the far north of the country, Sigurd drags his son and daughter along on an unexpected camping trip to the desolate region of Finnmark, on the border between Norway and Russia. They’re accompanied by Allan’s research assistant Elisabeth and a taciturn local guide. They’ll discover that the myth of Ragnarok is based on fact! Mikkel Braenne Sandemose’s previous film, Cold Prey 3, was a pure horror slasher. Ragnarok on the contrary is a visually fascinating and emotionally engaging adventure for all ages. It’s also a homage to the fantasy spectacles from the 80ties, as if the Goonies would go on an expedition into the wilderness accompanied by their parents. All traditional elements of the adventure epic are present, but Sandemose does not imitate his American examples, instead dousing it all in a tasty Scandinavian sauce. Among the cast we find Sofia Helin as Elisabeth, who has now become famous as the autistic inspector Saga Noren from The Bridge.