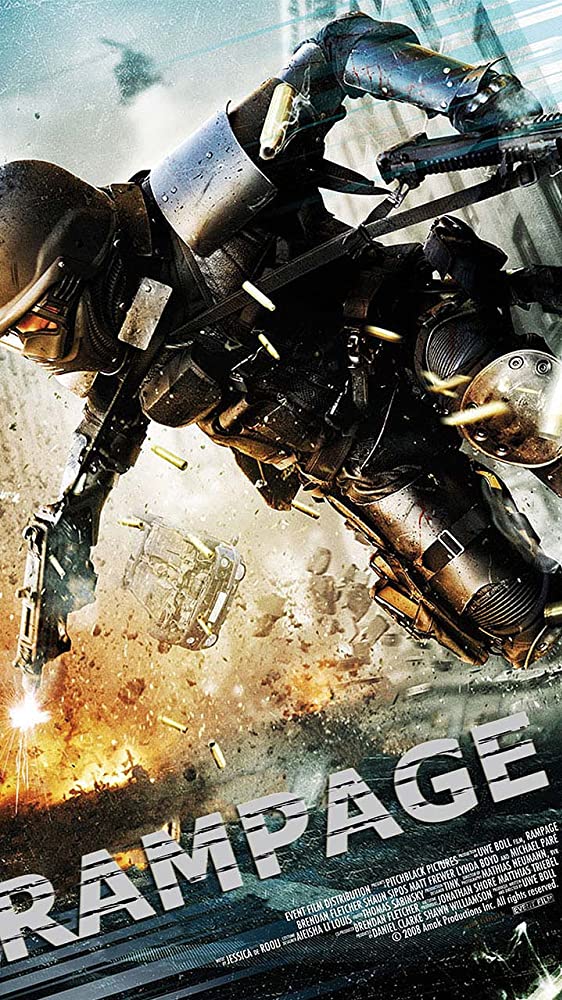 We’ve all had shitty days, that’s for sure. But we usually keep a low profile, we grind our teeth while paying the bills. We keep waiting for the winning lottery ticket, slumped on the sofa and watching Jerry Springer reruns. Billy, on the other side, has a different way of reacting towards society’s ills. He puts on some homemade Kevlar armor and hits the streets, playing his very own GTA by distributing slugs to the poor souls who are unlucky enough to cross his line of fire. Watch out ! Uwe Boll is back and not a computer game adaptation in sight. He has pulled off what few directors have managed to do : scoring a hattrick at the BIFFF. After the hilarious and no holds barred post-9/11 satire Postal in 2008 and the ultra-violent prison drama Stoic in 2009, he comes to Brussels with Rampage, a controversial ( of course ) crossing between Ferris Bueller’s Day Off, Falling Down and Terminator. Even Michael Moore doesn’t dare to crucify the American Way like Uwe Boll does. There’s this one scene in a big bingo hall, with lead actor Brendan Fletcher ( Ginger Snaps, Freddy vs Jason ) entering in full Robocop mode… No extra’s were used, nobody knew that a movie was being shot. You have to see it to believe it !