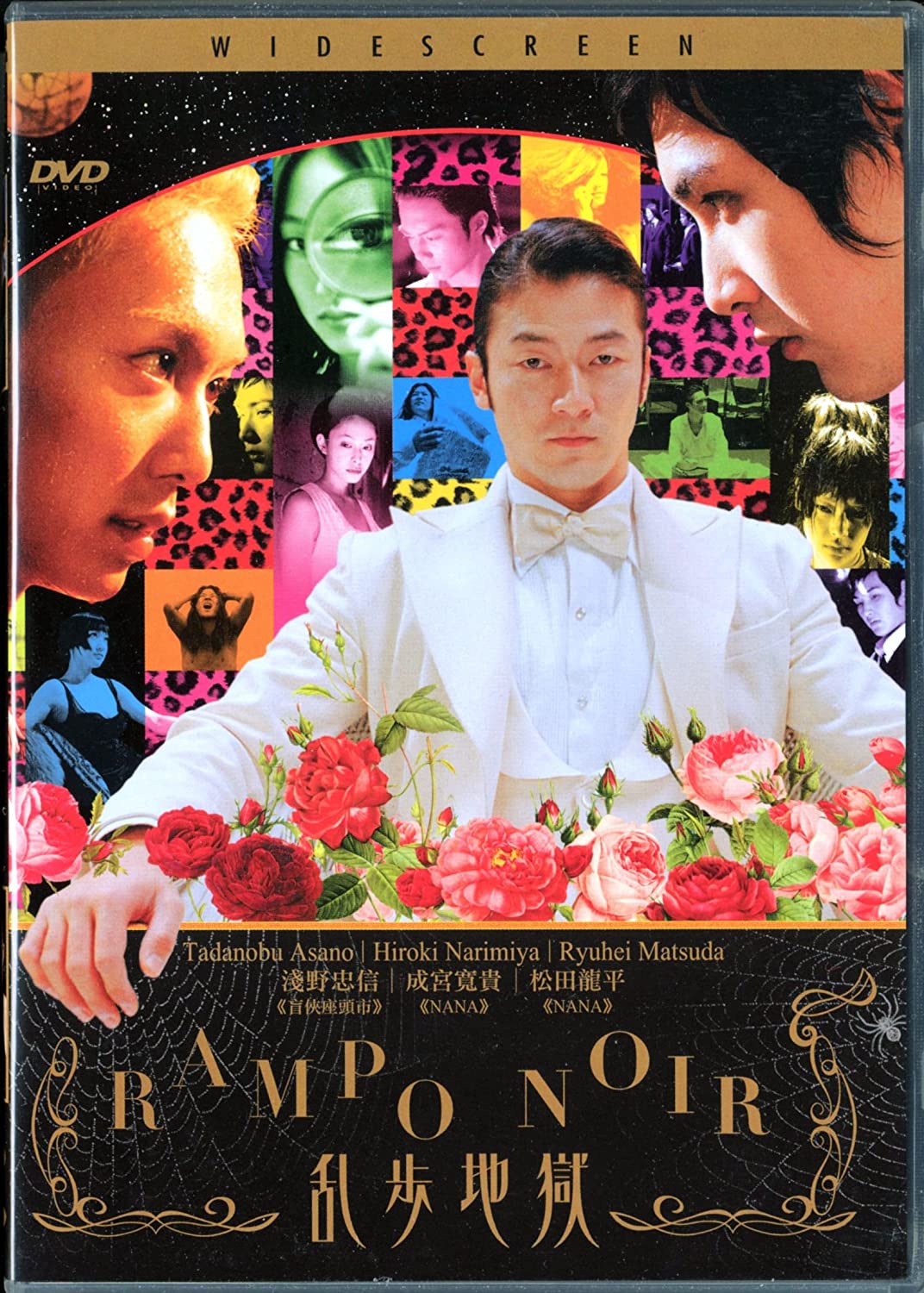 1) Mars Canal. A stark naked man staggers across a barren wilderness before collapsing at the rim of a crater lake and descending into a world of nightmares.

2) Mirror Hell. Detective Kogoro Akechi investigates a string of beautiful women corpses, all of which are linked back to a mad mirror maker.

3) The Caterpillar. A wounded war veteran returns from the frontline as little more than a bloody torso. He’s helpless to defend himself against the increasingly perverted caprices of an embittered wife.

4) Crawling Bugs. A timid chauffeur becomes infatuated with an actress. He kills her so that he can keep her just for himself. But her decaying body is ravaged by bugs with frightening speed.

Rampo Noir turns back to the original source of J-Horror, the works of mystery writer Edogawa Rampo. His short stories lend themselves well to cinematic treatment in that they are driven by imagery rather than plot. The omnibus movie Rampo Noir is a celebration of unabashed eroticism, visual inventiveness, and the willingness to plunge into dark realms that so many other movies fail to explore. They’re realised by pop-promo and TV ad director Suguru Takeuchi ( Mars Canal ), Glory of Vice and Ultraman director Akio Jissoji ( Mirror Hell ), Naked Blood director Hisayasu Sato ( The Caterpillar ) and manga artist Atsushi Kaneko ( Crawling Bugs ).