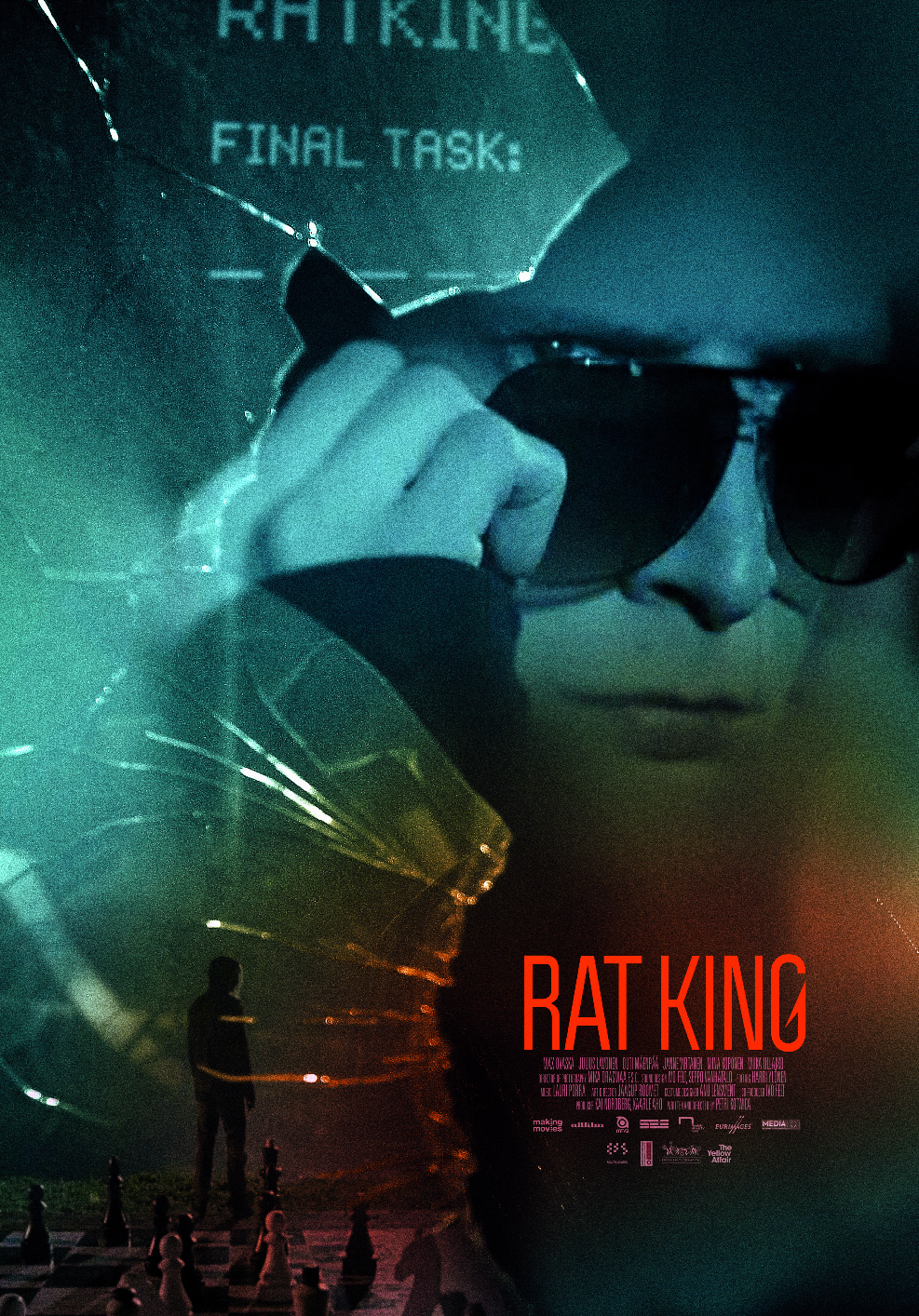 18 year old Juri is seriously addicted to online gaming, so much so he becomes isolated from his single mother and pushes his girlfriend to the brink of leaving him. He decides to quit, but is soon lured back by one of his net-mates, Niki, who – when they meet for the first time – turns out to look strikingly like Juri. Niki has a web-address tattooed on his arm and when Juri types it into his computer, he gets drawn into a curious game that grants him the username RAT KING. As the game becomes increasingly dangerous, Niki vows to help Juri get through it. But the game triggers a series of life-threatening events and pretty soon Juri realizes that he is gaming for his life. Petri Kotwica ( Finland, 1964 ), has made several award winning short films. His feature debut Homesick ( 2005 ) also won several prizes on the international festival circuit. His second feature Black Ice won six national film awards ( the Jussi Awards ), including best film, directing and screenplay. With Rat King, he returns with a cold, Hitchcockian thriller, stigmatizing online gaming addiction through a vicious game of cat and mouse. Only one word for the WoW aficionados : Perkele !!