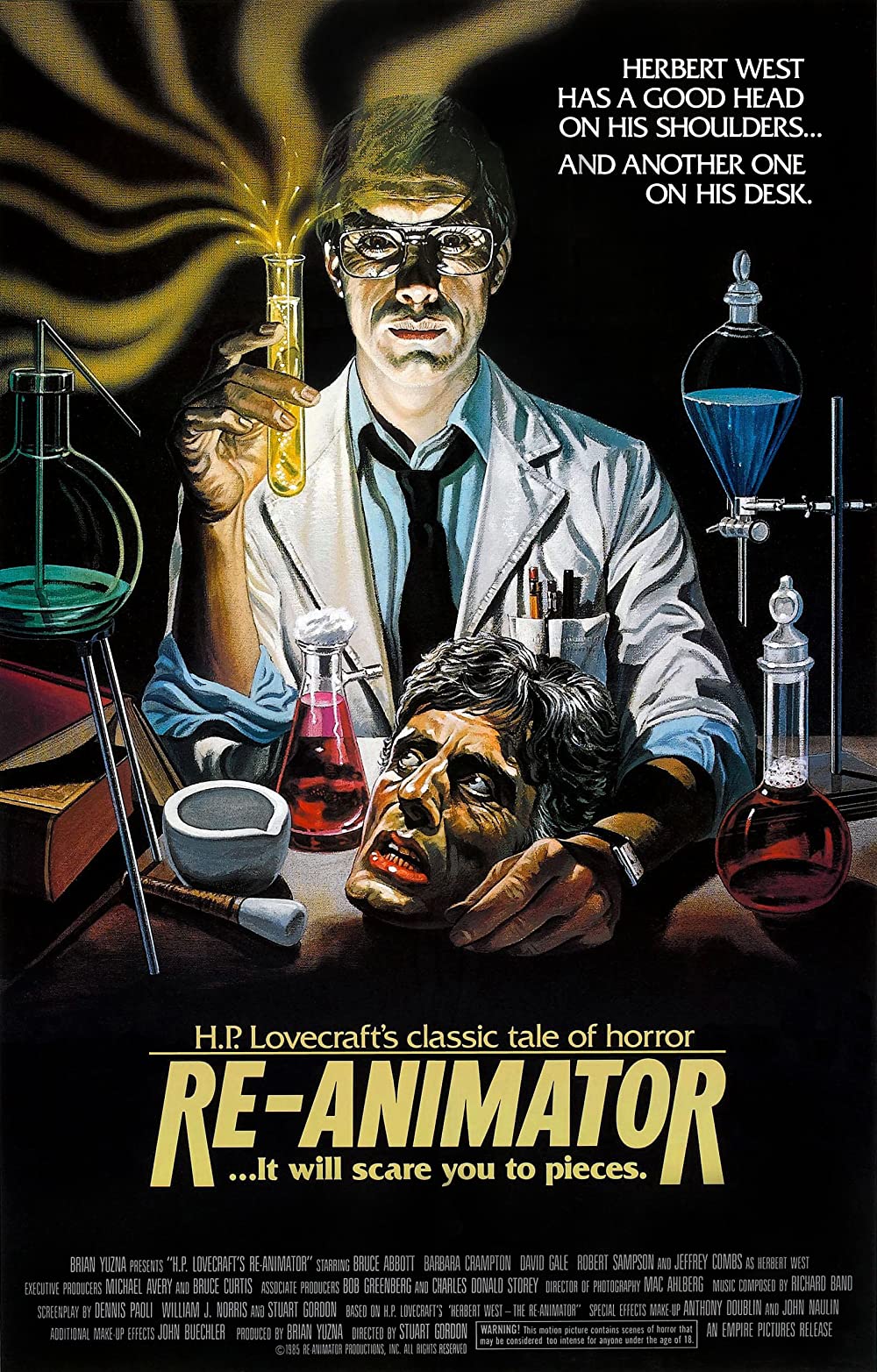 A gifted medical student creates a serum destined to reanimate dead people. The first resurrected victim is a horrible black cat, but something is wrong: the cat wakes up angry. Oh, and it scratches!
Our young genius wants to try his luck with something that is, according to him, less harmful and easier to control: the human. Let’s face it: he’s wrong!
“Re-Animator”, an adaptation of Lovecraft’s novel, is Stuart Gordon’s first movie. Since then, he has given us “From Beyond” and “Dolls”, which made its world premiere at the festival.
One of the many critics: “It is a gut-wrenching movie, to the point that it is surely going to give you a liver failure. Even with the first retching that predicted stronger nausea through the movie, up until the point of finally throwing up, we cannot keep our eyes off it. The toughest viewers will truly not regret this bloody journey until the end of the savage reanimation, and they will love to follow the nefarious schemes of a reanimated human walking around with his talking and thinking head in his hand.” (Première)