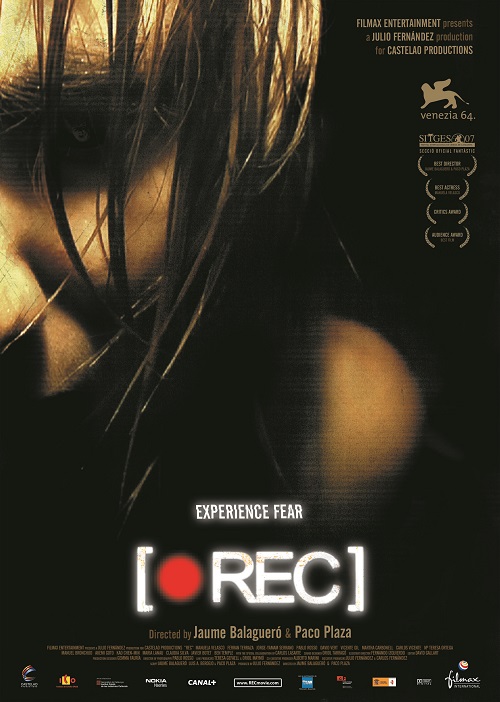 Ambitious young TV reporter Angela and her cameraman Pablo are following a squad of firemen on their night shift. Their task is to stay as close as possible to these professionals, registering everything they‘ll have to face. On the first job of the night, the fire squad must rescue an old lady who is trapped inside her apartment for unknown reasons. But during the operation something goes terribly wrong. What seemed to be a routine procedure unexpectedly turns into hell. Trapped inside the building, the firemen, Angela and Pablo will have to confront an unknown and lethal horror. Something evil and sinister is spreading throughout the building, out of control. Suddenly, the rules have changed. Now, the only thing that matters is hiding, surviving and overcoming the fear, trying desperately to escape… And to keep on filming, no matter what happens, until the very last moment. Two of Spain’s most prominent young horror talents, Jaume Balaguero ( The Nameless, The Dark, Fragile ) and Paco Plaza ( Second Name, Romasanta ), have joined forces to take us on a frightening journey of pure terror. Just like in recent genre pics such as Cloverfield or Diary of the Dead, the mockumentary format is used to draw us into the ordeal of the protagonists, staying so close to the action and gore, that you can almost feel the fear. Don’t wait for the American remake, which is already in post-production. Go and experience the original for yourself at the Bifff.