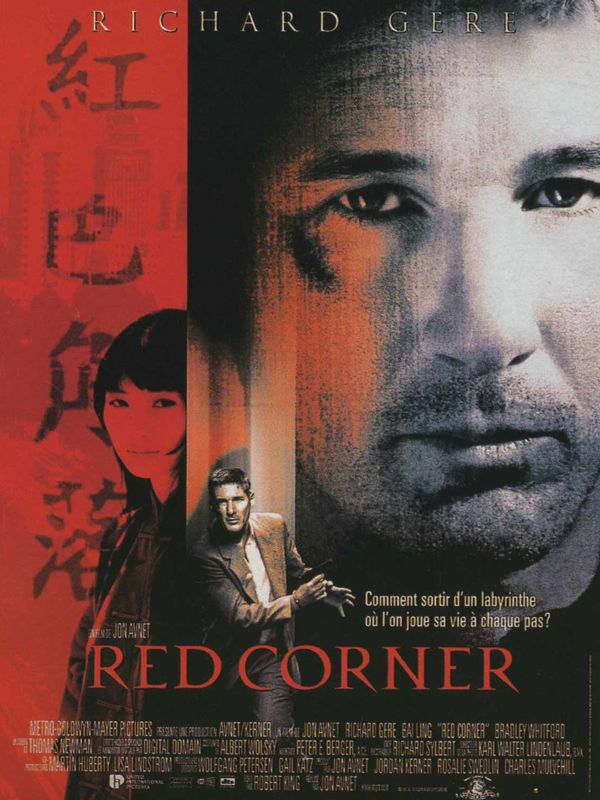 Jack Moore is a brilliant attorney. General Counsel to a large entertainment conglomerate and the best negotiator the West has to offer, Jack has come to China to close the first satellite communications deal the Chinese government has sanctioned. But after a night with an exotic beauty, Jack finds himself in the one situation he can’t talk his way out of. Arrested for a murder he did not commit and abandoned by his American business colleagues, Jack must negotiate the labyrinth known as the Chinese judicial system. Here, unlike in America, a party guilty of a capital offense is shot within a week of his sentencing and the cost of the bullet is billed to his family; the average trial in China is less than four hours, and the conviction rate is close to 99%. His only chance lies with his court-appointed defense advocate, Shen Yuelin, who immediately files a guilty plea, insisting that she is saving his life: leniency for those who confess; severity for those who resist.
Red Corner is a provocative high-stakes thriller directed by Jon Avnet (Up Close and Personal, Fried Green Tomatoes). Richard Gere (An Officer and a Gentleman, American Gigolo, Internal Affairs, Pretty Woman) stars as Jack Moore, who is ultimately stripped of his nationality and his personality by the Chinese government. Bai Ling, a stage and screen star in her native China, makes her American starring debut as Yuelin, whose faith in her own system of justice is stretched to the breaking point in a case rife with treachery and contradictions.