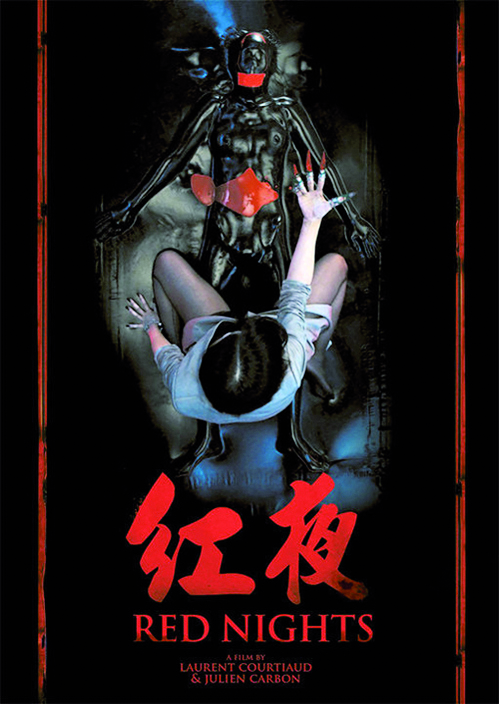 It looks like a lethal version of the US game show Deal or no Deal : everybody wants to know what’s in the box. There is also a large sum of money at stake but, on the other hand, the contestants have a lot to lose. Basically, if you lose, you die. The contestants of this game are as honest as a leaky condom and won’t stop giving each other a hard time through the streets of Hong Kong. The story goes like this : After she betrays her lover for the box, the mysterious Catherine gets double-crossed by Sandrine and Flora, who fall into the hands of Carrie ; an S&M art dealer and a Chinese Freddy Krueger look-alike. But Catherine, who has more than one betrayal up her sleeve, is going to use Sandrine to get rid of Carrie, even if it means betraying Mister Ko, the real owner of the box. Not too hard to follow ? Now, there’s just one question left : what’s in that goddamn box ? It’s no coincidence that Julien Carbon and Laurant Courtiaud were attracted to the streets of Hong Kong for their long feature directing debut. The twosome are skilled screenwriters, having delivered scripts for Asian action masters like Johnnie To ( Running Out Of Time ), Tsui Hark ( Black Mask 2 ) and Peter Pau ( The Touch ). Their Asian giallo contains some torture scenes that could have come straight out of Takashi Miike’s twisted mind. Regarding casting, there’s finally something new for Frédérique Bel ( A Very Long Engagement ), who plays a lethal vamp and there’s the comeback of the venomous Carrie Ng ( Sex and Zen, Naked Killer ). And with a soundtrack by Seppuku Paradigm – guilty of Martyrs and Eden Log – one thing is certain : it’s going to be a very bloody night…