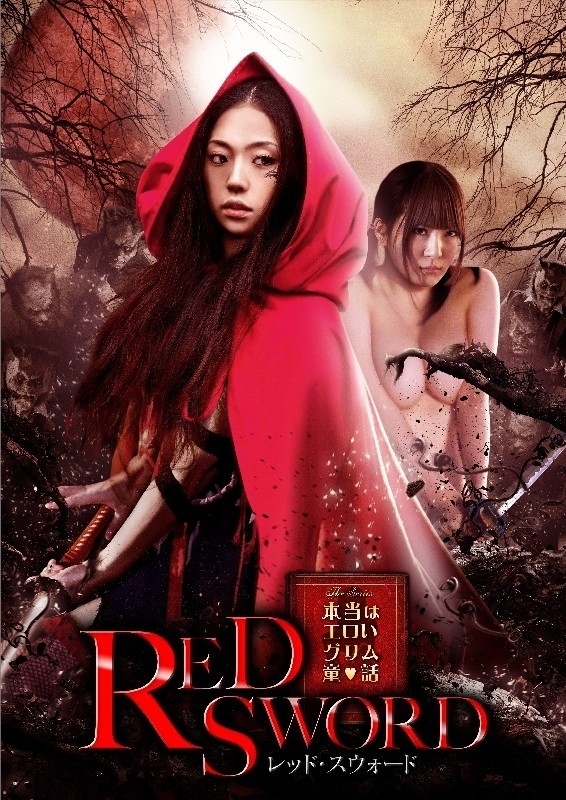 Long, long ago, there was a wolf-man tribe who had no women. Throughout history, these desperate wolf men have attacked and raped human females as a way to continue their species. But the wolf men have a terrible legend. Every one hundred years, on the night of the red moon, a little girl is born and she is destined to destroy the wolf-man tribe. The lecherous wolf men are so afraid of females that they have developed a code which requires them to kill these baby girls as soon as they are born. Only the lovely Beniko Akatsuki has survived this terrible fate. Her mother was ruthlessly raped by a wolf man and gave birth to Beniko. To save her baby girl, Beniko’s mom had to sacrifice her own life. Now Beniko wears a memento of her beloved mother, a red riding hood, and she has dedicated her life to killing all the wolf men. When the co-director of Vampire Girl vs Frankenstein Girl ( presented at the BIFFF 2010 ) attacks the myth of Little Red Riding Hood, you’re not going to get some romantic Catherine Hardwicke stuff. Red Sword does not hold out on gore, sex and kitsch, not taking itself seriously for one nanosecond. It may disturb some people, but it will certainly delight lovers of bloody spanking parties !