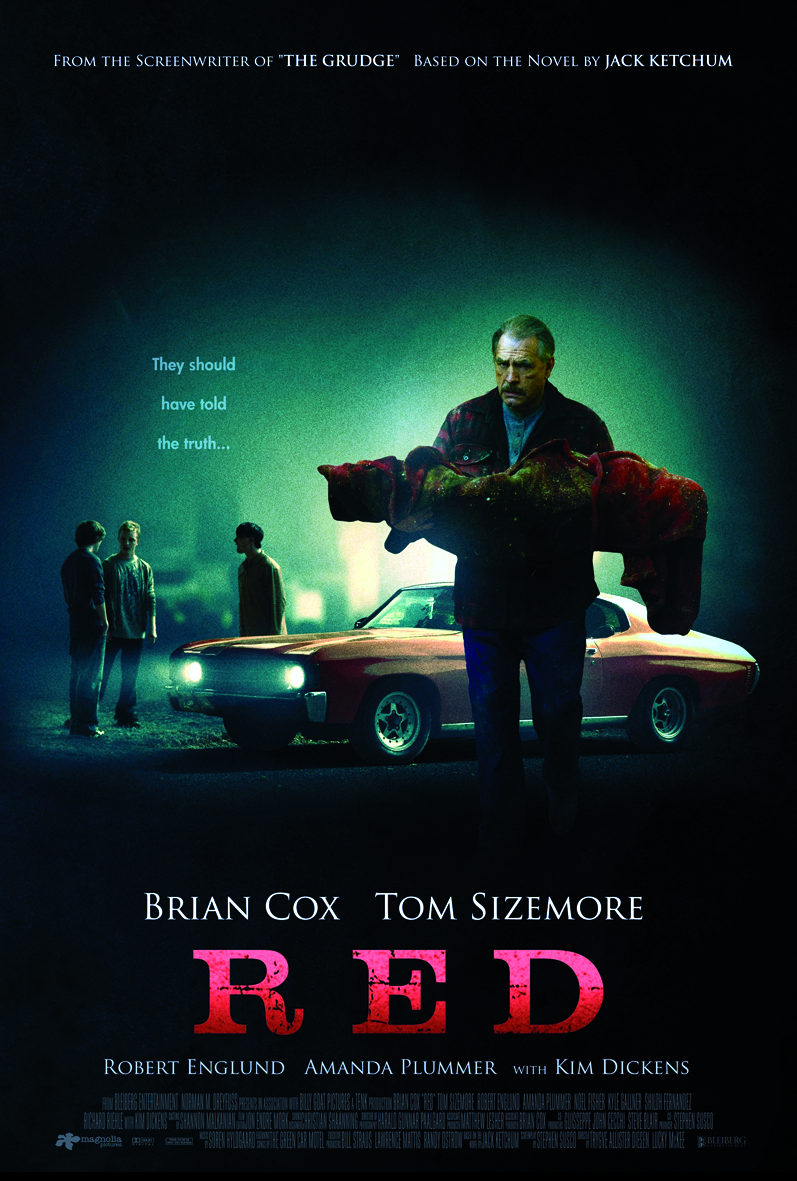 W.C. Fields once said “Anyone who hates children and animals can’t be all that bad”. This is not the case with Avery Ludlow who loves his 14 year old adorable scruffy dog Red. He’s even allowed to sleep on his master’s bed. But one day, when Avery goes fishing with his four-footed companion, three teenagers start to harass him. One of them, rich-boy Danny, shoots his beloved dog just for fun. Avery tracks down the boy’s father, who laughs him in the face. In America it seems you can get away with this. But Avery is not going to “let the world roll over him”. He’s going to fight back. Red is an atmospheric psychological thriller based on a story by Stephen King’s hero ; Jack Ketchum. Why two directors ? That’s simple. Lucky McKee ( May, Roman ) started directing, but Norwegian helmer Trigve Allister Diesen took over and finished the film. The plot follows a well known outline : “What can Mr. Average do against the abusive practices of local top honchos and a sheriff that doesn’t seem to give two hoots about his problems. Brian Cox ( Zodiac, Deadwood ) is simply outstanding as this particular Mr. Nobody, strictly adhering to the principles of right and wrong. Also starring are Robert “Freddy” Englund, Amanda “Honey Bunny” Plummer and Tom “Heat” Sizemore.