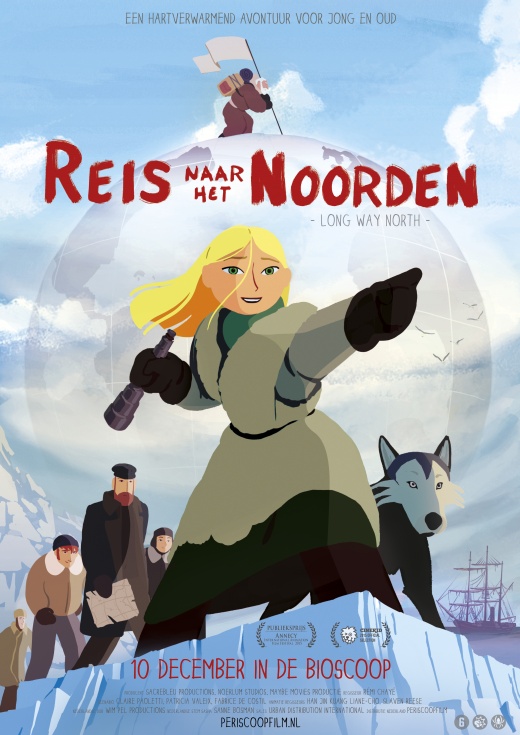 You could almost take Sasha, the heroine of Long Way North for a Disney Princess, but don’t be fooled. She’s much more complex. Sasha is fifteen years old and doesn’t like the world she lives in with her parents, all aristocrats at the Russian court. She’s independent, a bit stubborn and doesn’t know how to compromise. But her mother and father have everything already planned for her. She’s going to marry the adviser of the Russian Tzar, an annoying know-it-all. But Sasha is allergic to big dresses and palace life. She wants to travel and learn about the world. One day she discovers the journals and maps of her grandfather, a famous explorer who never returned from his expedition to the North pole. Sasha now knows what to do. She’ll follow her grandfather’s footsteps and finish what he started.

Long Way North is the feature debut of French animation artist Rémi Chayé, but this is not his first exploit. He collaborated on magical and award-winning animation films such as The Isle of Black Mor (Jury Award at the Chicago International Youth Film Festival 2004) and The Secret of Kells (Audience Award Annecy 2009). His debut will appeal to everyone’s inner child. Just like Sasha, we’ll leave on a fantastic voyage of exploration and self-discovery.