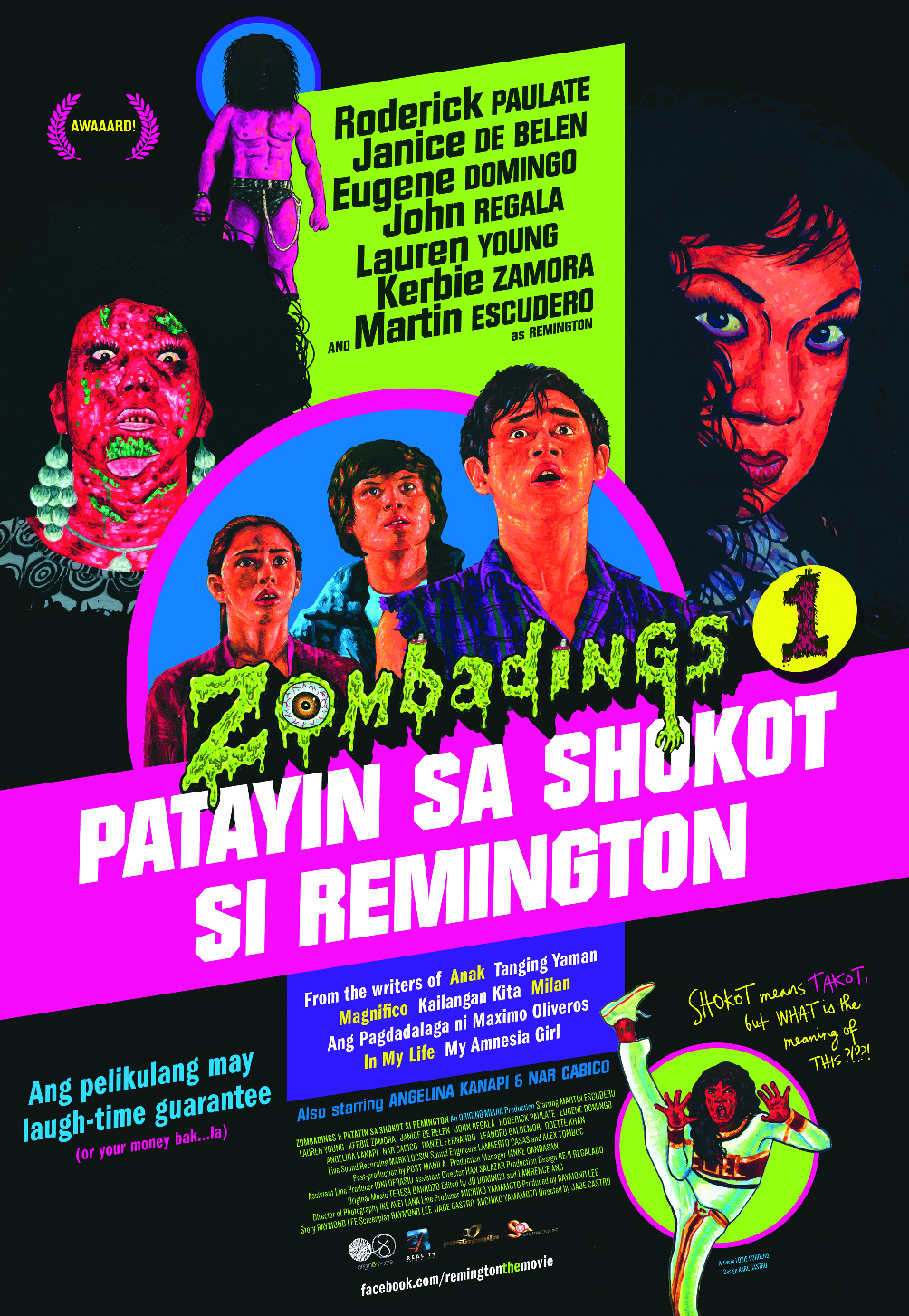 REMINGTON AND THE CURSE OF THE ZOMBADINGS

Remington lives in a small provincial town. He’s a typical macho. During the day he works his ass off and at night he gets drunk to blow off steam. As a child Remington mercilessly harassed his homosexual neighbor until the man put a curse on him. One day Remington would turn gay. And it seems like the curse is slowly but surely working its magic. Remington is being forced out of a closet he never thought he’d be in. First his body language turns pink, then the way he talks and finally his sexual preference. Poor Remington finds himself entangled in a confusing threesome with his best friend and girlfriend. In the meantime his mother, a police officer, tries to find the perpetrator of a series of murders in the city’s gay and transsexual community. And the victims do not intend to remain under ground. They’re coming out of their coffins, Gloria Gaynor style ! A gay zombie comedy from the Philippines !? That description should already be enough to lure you to the BIFFF. Remington & The Curse of the Zombadings has more than enough paranoid hetero’s, cops on roller skates, vengeful drag queens, homophobic serial killers and pink zombies to satisfy even the most demanding lovers of extreme oddities. But this weird comedy is also a very smart movie that never stoops to stereotypes or clichés. Director Jade Castro makes fun of homophobia and machismo and turn Remington not only into a hilarious viewing experience, but also into a swinging statement against intolerance and small-mindedness.