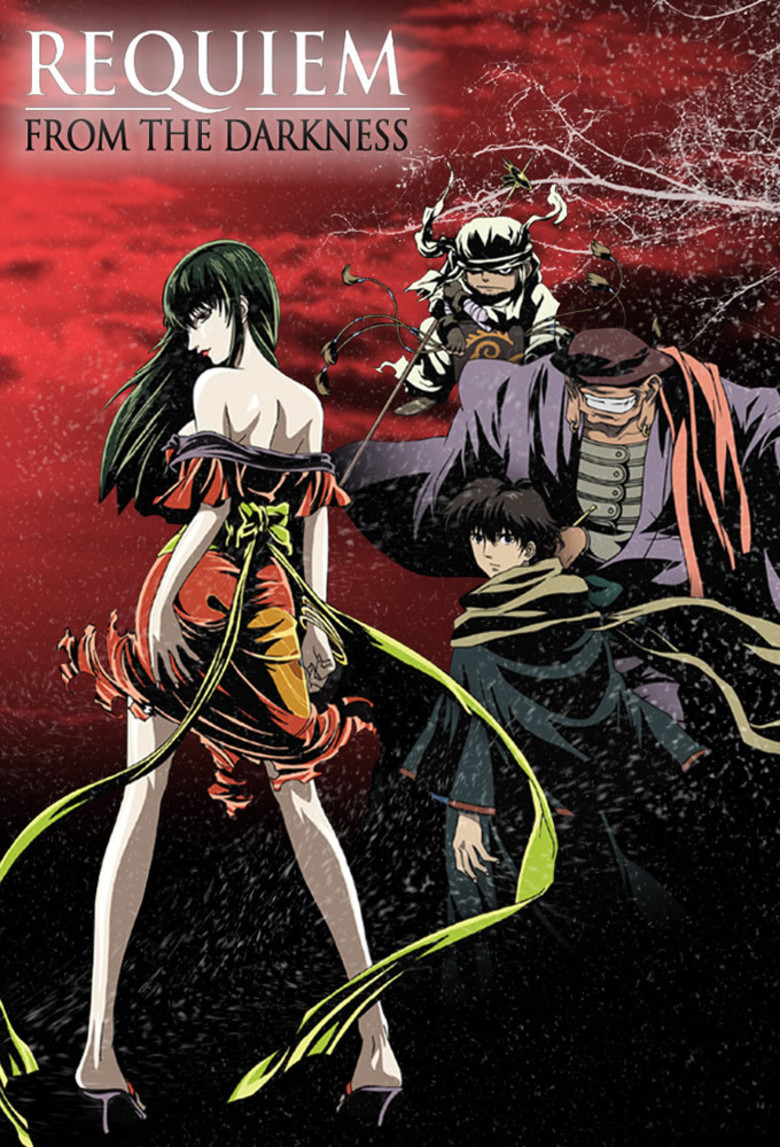 REQUIEM FROM THE DARKNESS

At the end of the Edo era, young writer Momosuke Yamaoka crosses the country in the hope of finding an editor for his masterpiece: the 100 stories. After a stormy night he crosses paths with a bunch of swindlers gifted with supernatural powers. They also ramble across the country to appease the souls of wandering phantoms…. A series for adults, cynical, bleak and often sexy. With a screenplay written by the biggest names in the fantasy genre – Yoshinobu Fujioka (Tomie), Hiroshi Takahashi (Ring) and Sadayaku Murai (Steamboy, Millenium Actress) – and produced by the studio who was responsible for Cobra. A definite rupture with traditional Japanese animation.