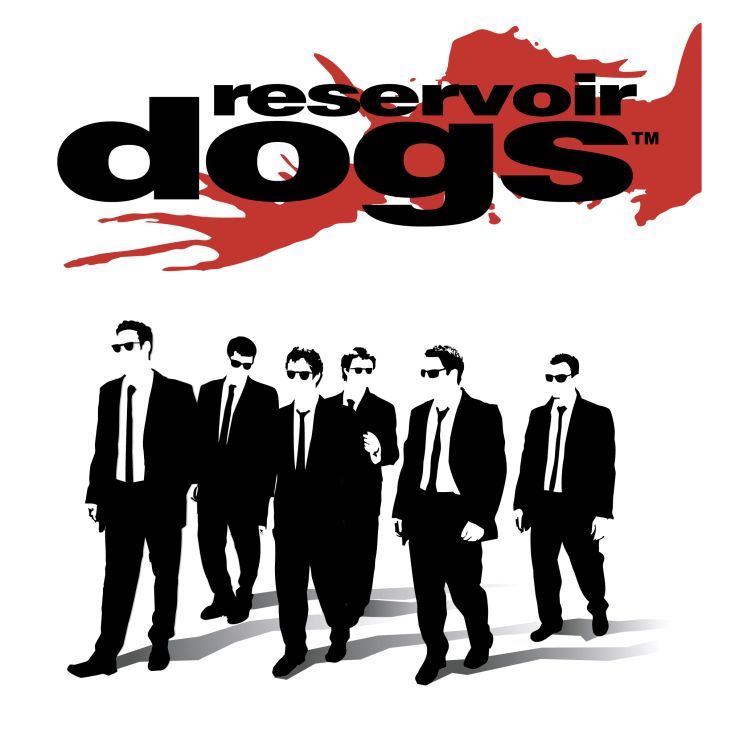 After having robbed a jewelry store, eight thieves meet in a warehouse. This hold-up was wisely organized by Briscard, a famous mobster assisted by his son. In order to avoid any possible leak of treason from his partners in crime, he set up a code system so that they cannot recognize each other and betray him. It is then under the names of Mr. Brown, Mr. Orange, and so on that they made the robbery. However, during the meeting and the sharing of the heist, the cops appear suddenly and panic sets in, every one of them trying to find out who betrayed who and how.

Do not search for a logical explanation for the title, there is none. This extremely gory film, inspired by Kubrick’s THE KILLING, offers us the most impressive slaughter ever seen on the big screen. This « Sophoclean » tragedy takes place around the same location, used as a meeting spot for mobsters. It is a unity of space but not time, because several flashbacks punctuate the film and let us take part in the organization of the robbery and its bloody epilogue. After the gun battle, during which one of the thieves is deadly wounded, the atrocious and deadly agony of a policeman and the hemoglobin will not leave the screen anymore. This agony is the guiding line of this wicked behind-closed-door feature made by Quentin Tarantino, who, not satisfied by being in charge of the direction and the screenwriting, plays a role in its own film, like Hitchcock once did. Showing us the worst kind of stupid characters, violence is the only expressed language in this bloody thriller. RESERVOIR DOGS is his first major feature (thanks to the producer Monte Hellman), which he masterfully directed, assisted by Sydney Pollack, Terry Gilliam, Jon Amiel and Volker Schlöndorff. Tarantino thus shares the screen with Harvey Keitel, who is the forever second role in detective films, playing for 25 years either a cop or a criminal. (TAXI DRIVER, MEAN STREETS, TWO JAKES, MORTAL THOUGHTS and THELMA AND LOUISE).