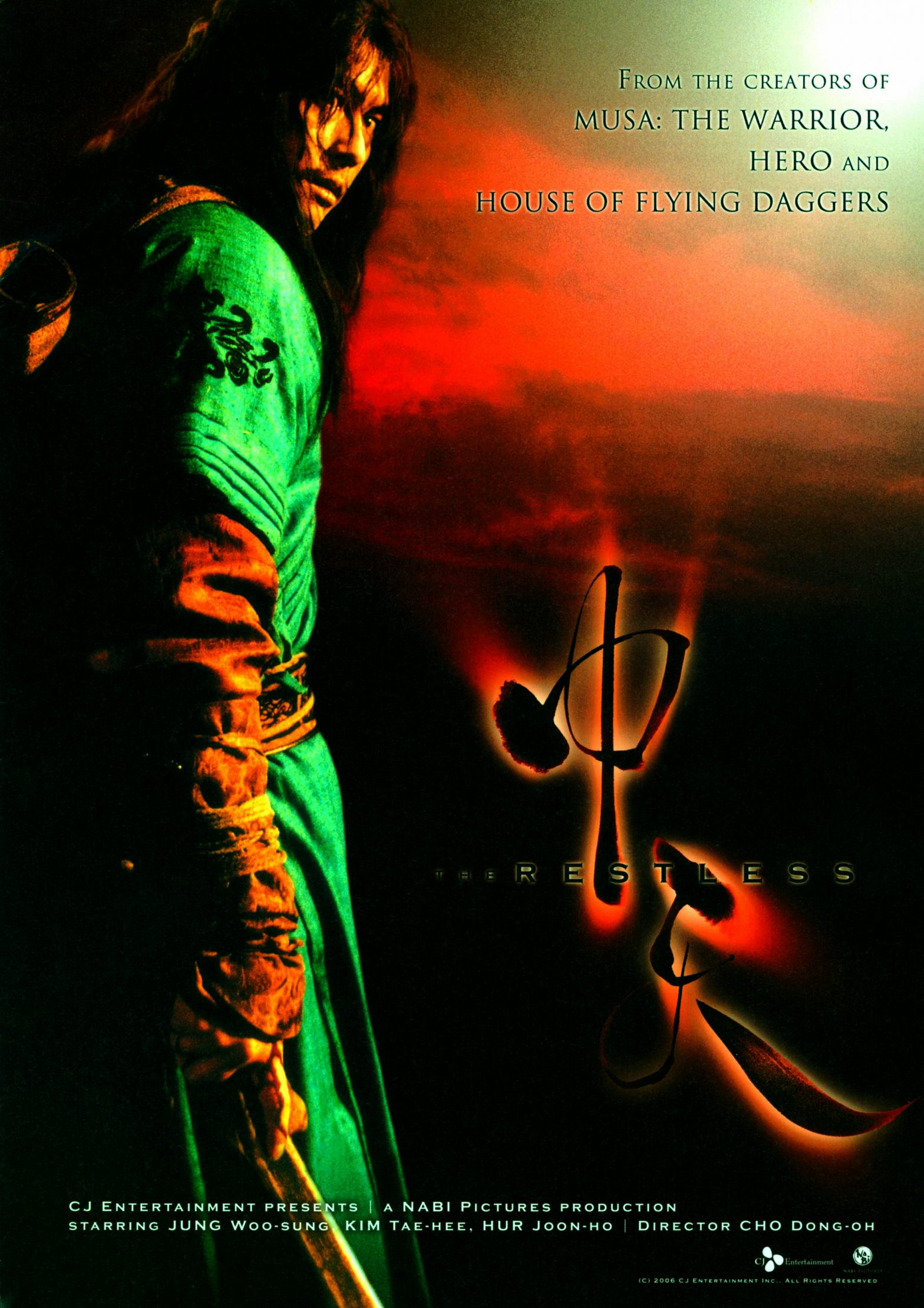 The love between So-hwa and Yi-kwak comes to a tragic end when So-hwa is killed by villagers after being falsely accused of witchcraft. Yi-kwak believes her death is the result of his power to see ghosts and his talent leads him to join the royal guard of ghost hunters in the Kingdom of Silla. When the guards rebel against the corruption of the court, they are all killed except for Yi-kwak. While on the run, Yi-kwak is wounded. He hides in a shabby temple, where he accidentally enters Middle Heaven, a place between earth and heaven where the souls of the dead stay for 49 days to erase their memories and prepare for reincarnation. In this intermediate world, he’s reunited with So-hwa. She has become the Gatekeeper to Middle-Heaven and doesn’t remember him. He finds out that the dead members of the royal guard are plotting to return to Earth to change the rule of the world. Now his former colleagues are the biggest threat to So-hwa, and Yi-kwak decides to fight for her. The Restless is big budget epic fantasy at its best : visually superb and spectacular action-scenes and large-scale battles, beautiful cgi-landscapes and buildings, supernatural romance and acrobatic sword play. Established artists from Japan and China took part in the production such as Academy award-winning costume designer Emi Wada ( Ran, House of Flying Daggers ), art director Han Zhong ( Hero ), prop designer Li Mingshan ( Crouching Tiger, Hidden Dragon ) and music producer Hiro Sagisu ( Neon Genesis Evangelion ). Woo-sung Jung ( Musa The Warrior ) and Tae-hee Kim ( Stairway to Heaven ) are the star-crossed lovers Yi-kwak and So-hwa.