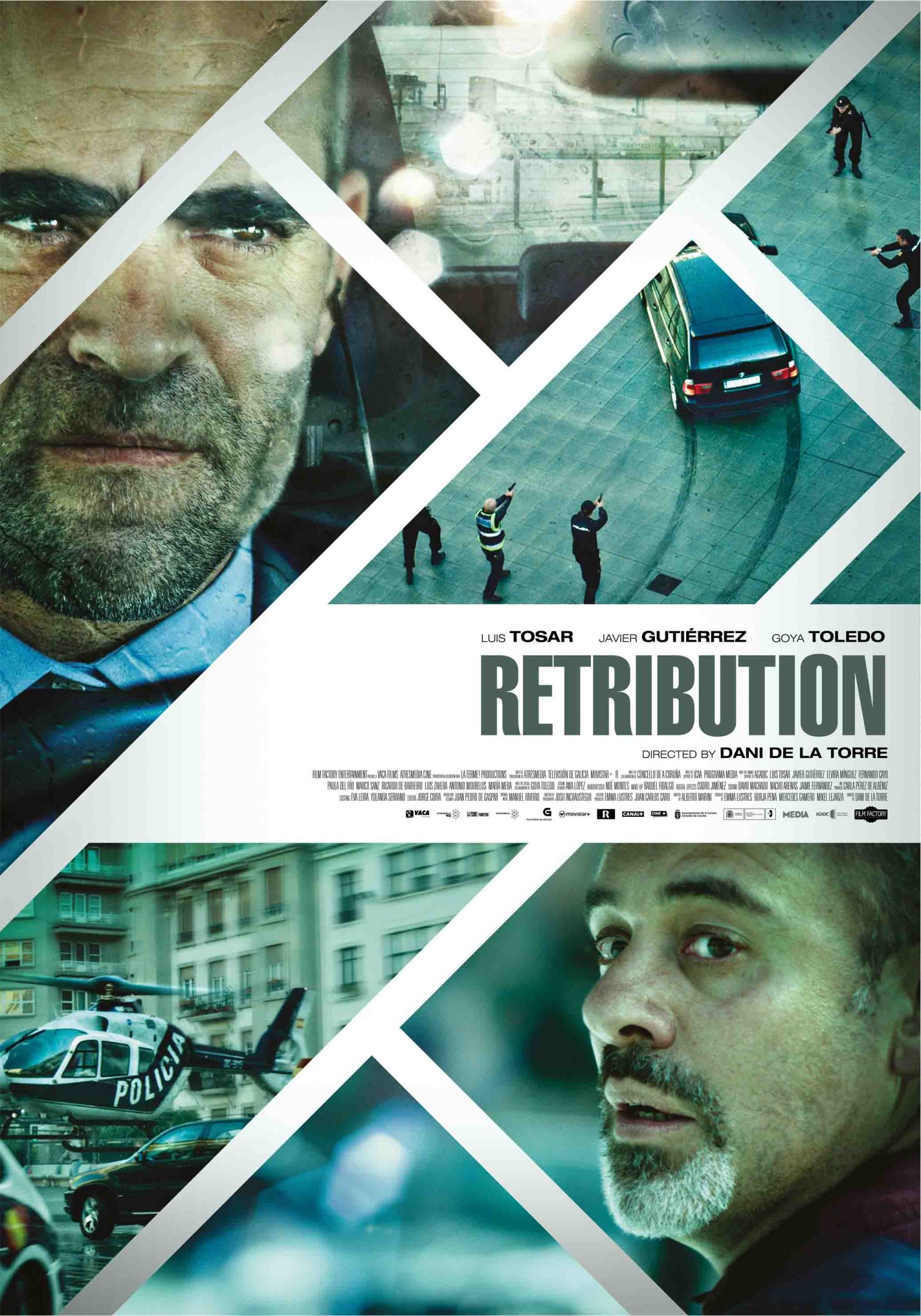 Banker Carlos is up to his ears in complaints from clients to whom his bank sold toxic credits. While he drives his son and daughter to school, he gets a call from someone who tells him there are bombs under the seats. As soon as someone gets out of the car, they’ll explode. The man seems to be well informed about Carlos’ professional and private problems. The caller demands that he first empties his own accounts and then the accounts of his richest clients. Carlos’ skepticism soon fades when he discovers strange wires behind the dashboard and turns into outright terror when he seen his colleague Victor getting blown up in his car. From behind the wheel, he now has to steal millions of Euro’s, without the police or his co-workers discovering what’s going on, while he has two frightened children on the back seat and an increasingly more desperate wife at home.

It’s better to grow your nails for Retribution, because you’ll be biting them all the time as the tension reaches stratospheric heights. The adrenaline just gushes from the screen and rivers of sweat run down the face of our unfortunate protagonist, a masterful performance by Luis Tosar (Cell 211, Shrew’s Nest). Every second can be his last in this terrific thriller, the feature debut of Dani De La Torre. And he had some solid backing. Spanish Galicia never looked so beautiful and grim as in the images of Alex de la Iglesia’s DOP Josu Inchaustegui. Alberto Marini, also present at the BIFFF with Summer Camp, wrote the script and in supporting roles we welcome back Goya Toleda (Amores Perros, Killing Words) and Javier Gutierrez (Torrente, La Isla Minima).