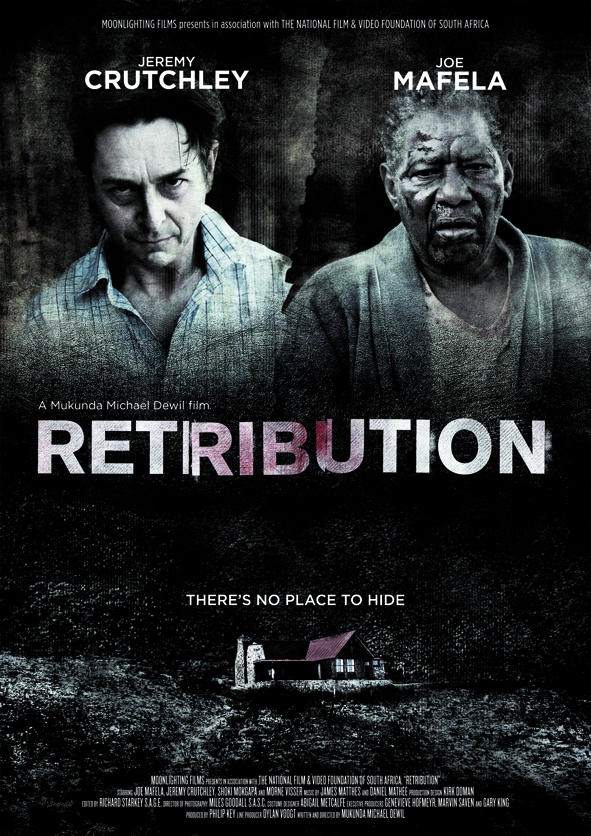 After thirty years in the judiciary, a retired judge, at the prompting of his family, takes some time out to write his memoirs. Not wanting any distractions, he goes to the Overberg Mountains to stay in an isolated cabin to begin work on the book. The cabin is remote – a three-hour 4×4 drive from the nearest civilization. One day the retired judge sees someone, a hiker, out in the middle of nowhere. It turns out the guy’s lost. The judge could do with a little company and invites him to his place. It soon becomes clear that something is not quite right with the stranger. And he has some unfinished business with the judge, which starts with killing his dog. With Retribution, acclaimed commercials director Mukunda Dewill makes his theatrical debut. “I really wanted to tell a story with a central theme that deals with the natural order of things upset by human error”. Inspired by tightly contained thrillers such as Misery and Lumet’s Deathtrap, this on-screen struggle produced by Moonlighting Films ( Eastwood’s Invictus) owes a lot to the two main actors, Joe Mafela and Jeremy Crutchley (Lord of War, Doomsday ).