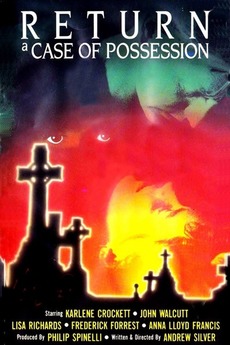 RETURN : A CASE OF POSSESSION

Who killed grandfather? No one knows. Twenty years have gone by. Grandfather is buried and forgotten and granddaughter is in love. But soon it turns out her boyfriend is a victim to supernatural powers. He has taken on the identity of late grandfather. Even though some things may strengthen the ancestral bonds, the young love is no match to the metaphysical violence.
Andrew Silver (The Murderer) had no intention whatsoever to make a horror film, but wanted to make a film about paranormal phenomena’s. He is firmly convinced that he himself led another life in a previous era. Silver stated that the only special effect in his film is human emotion. Return is a heart-warming film, which earned the main actress the price for best performance at the festival of Sitges ’85. On top of that, the film was awarded a gold metal at the Virgin Island Film Festival (USA).