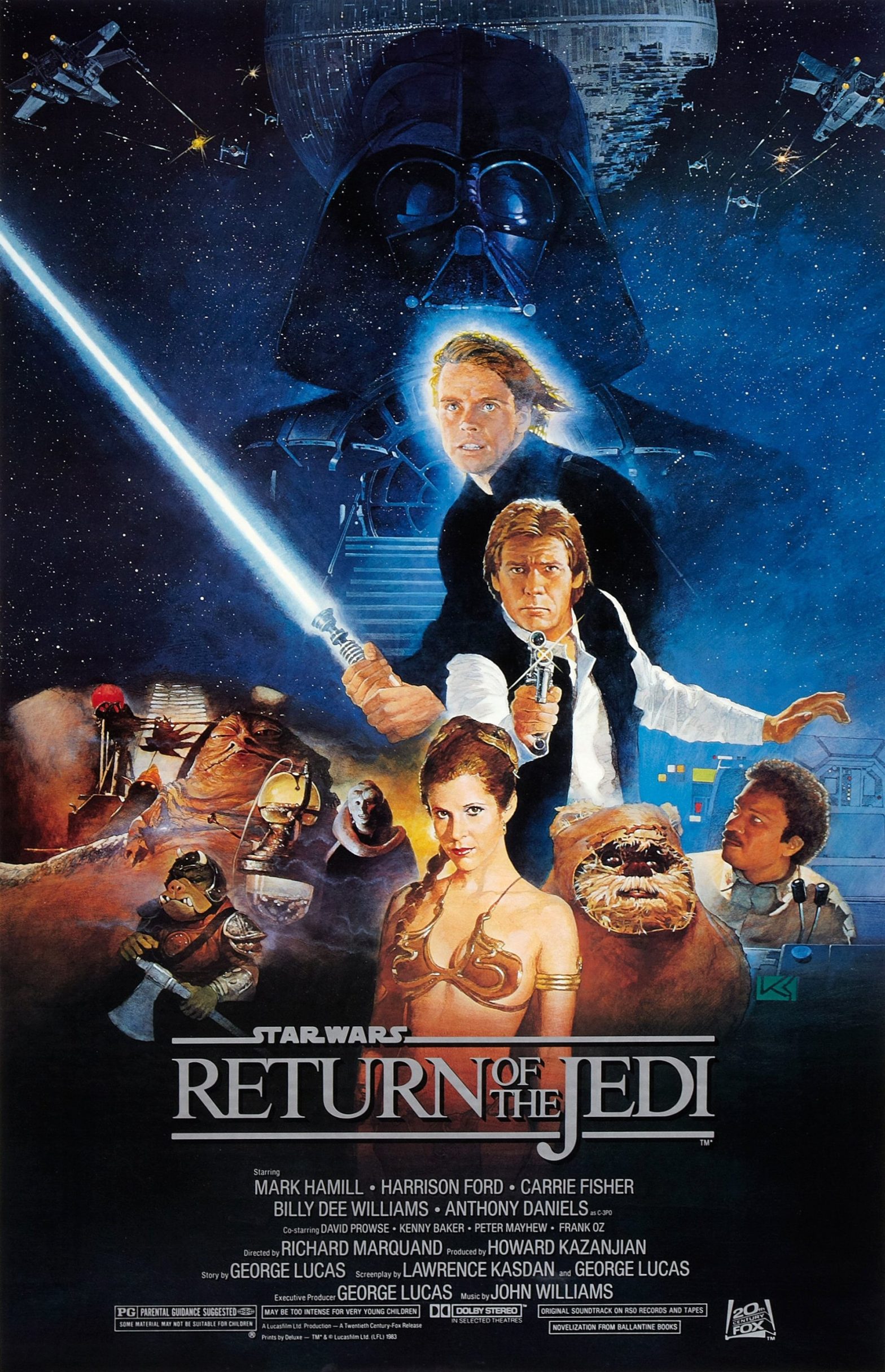 RETURN OF THE JEDI

The Empire has left Han Solo, frozen in carbonite, at the hands of Jabba—a despicable, slimy, grease dripping amphibian who was his boss until Han Solo betrayed and scammed him.
Leia, Luke and the others are going to try and get him back, but Jabba’s lair is located on a dry, rocky planet and is crawling with strange creatures, which will make it hard for the heroes to blend in.
With “The Return of the Jedi”, Lucas put an end to the main trilogy of a modern fairy tale, but he is also living one. The success of the 3 episodes placed him at the head of a growing financial empire and he has worked on different projects. He has worked with Spielberg on “Raiders of the Lost Ark”, he has directly supported younger directors such as Lawrence Kasdan and John Korty and has created a thinking center for the directors and screenwriters who want to work independently from Hollywood. That is besides his “Industrial Light and Magic”, one of the most creative American visual effects companies, where he started research to improve editing and mixing techniques through electronics. To be continued?