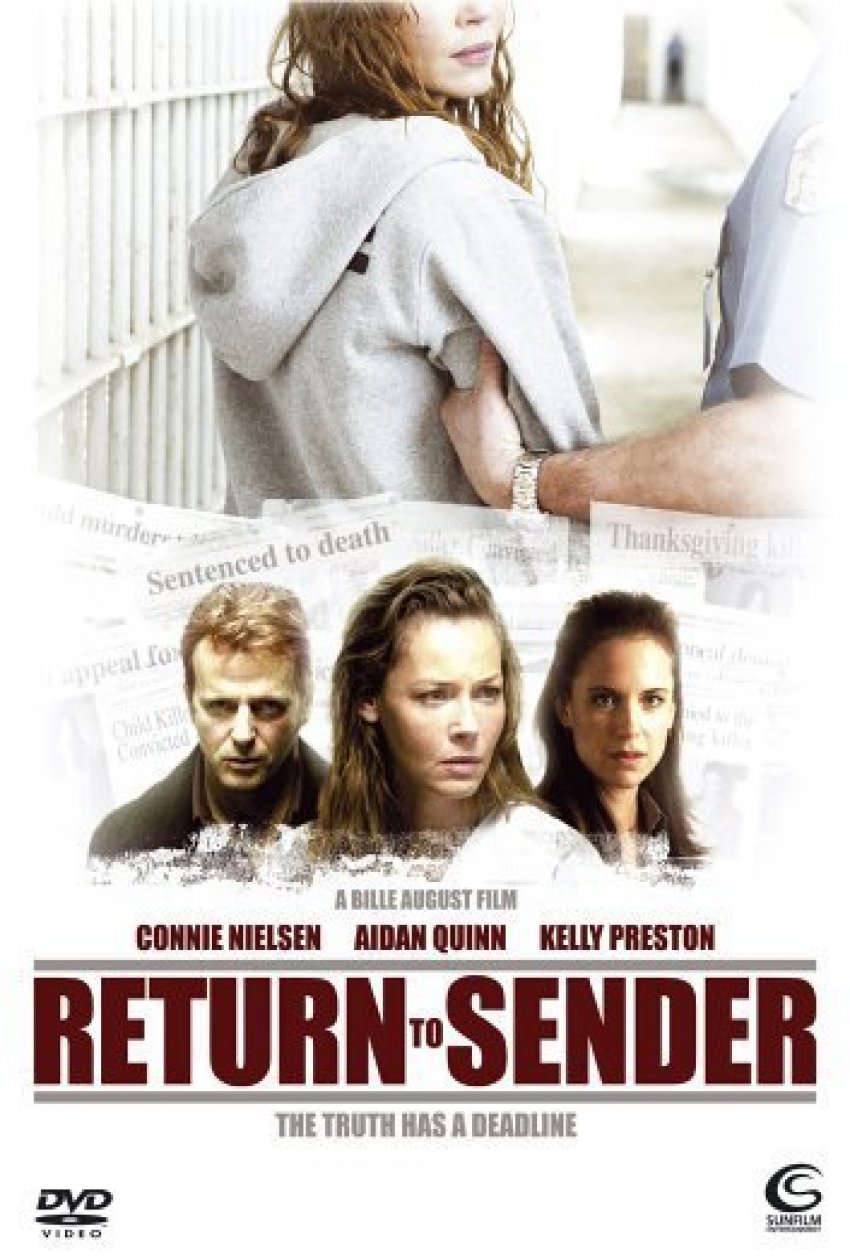 Frank Nitzche is a disgraced Texas lawyer who once specialized in defending death row inmates. He now makes a dubious living trading in the final correspondence of convicted killers. His latest victim is Charlotte Cory. Convicted for the abduction and murder of a baby, Charlotte is now days away from death by lethal injection. Nitzche has won her confidence by falsely claiming to have known her late father. They have struck up a trusting and potentially lucrative correspondence. To get even more money out of the case, Nitzche breaks his cardinal rule of never meeting the killer and heads to Oklahoma for a face-to-face encounter with Charlotte. Internationally acclaimed Danish director Bille August (Pelle The Conqueror, Best Intentions, Smilla’s Sense of Snow) presents us with his take on “the death row thriller”. August’s directorial style quietly serves the story and observes the developments as tensions rise and the race against the clock starts. Aidan Quinn (Blink, Haunted, In Dreams) and Connie Nielsen (Gladiator, One Hour Photo, Demonlover) give solid, dependable performances as Frank Nitzche and Charlotte Cory. The screenplay comes from the team of James Bond scriptwriters Neal Purvis and Robert Wade (The World is Not Enough, Die Another Day).