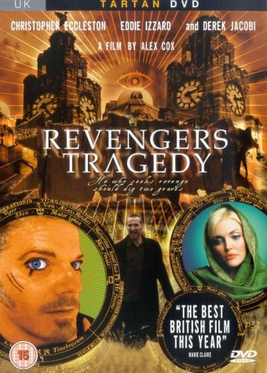 The year is 2011. Southern England has been destroyed by a comet, leaving the North ravaged by gang warfare and urban decay. A mysterious stranger by the name of Vindici arrives in Liverpool. Ten years ago, the Duke murdered his wife on their wedding day. In the decade that followed, the Duke and his family have taken over the crime and clubbing syndicates of Liverpool. They live a life of rich excess, while the populace is reduced to poverty. Vindici sets about the destruction of the Duke and his entire clan. When the Duke’s youngest son is imprisoned for the rape of a beautiful aristocrat, Vindici sees an opportunity to secure his revenge.