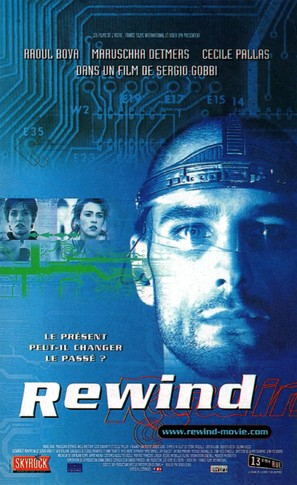 Paul Mansart has been condemned to life in a Berlin prison for his part in the assassination of a diplomat. During this attack, his three accomplices and his fiancée Alice were killed in a shoot-out with the police. Ten years later, a similar attack takes place and the French Secret Police suspect a connection with the Mansart case. They request the help of a judge who handled the case before and of a team of well known psychologists who have accomplished ground-breaking research in the field of cyberspace. They want Mansart to relive the attack as well as the period of his life just prior to the event, in the hope of finding more clues as to what really happened. Dr. Rivall and his assistant Marianne have two different views on the ethical ramifications of the experiment. Rivall sees this as a chance to revolutionise investigative methods while Marianne is concerned about the human aspect. The judge is also doubtful, but nevertheless he convinces Mansart to participate in the experiment by promising him a shortened prison term and better cell conditions. The results are astounding.
Established Italian writer, producer and director Sergio Gobbi (Le Temps des Loups, L’Arbalète, L’Affaire) plunges into virtual reality with Rewind. In his own words : “In a world jaded by rational thinking, I wanted to use the thriller format to make a film about the desire to extend the limits of reality and to shatter an otherwise tangible world”. He has turned this view into an exciting ride that combines virtual reality, political machinations, betrayal and love. To put all of this on the screen, he could count on an excellent ensemble of actors. Popular Italian actor Raul Bova (La Lupa, Il Sindaco, La Frontera) plays terrorist Paul Mansart. Sceptical assistant Marianne is a part by Dutch actress Maruschka Detmers (Prenom Carmen, Le Diable au Corps, Hidden Assasin). Niels Arestrup (Le Grand Soir, The Tempation of Venus, Delit Mineur) is Dr. Rivall and Cécile Pallas (Le Voleur d’Enfant, L’Effet Pavillon, Tenue Correcte Exigé) plays Alice, the woman who holds the key to Mansart’s heart.