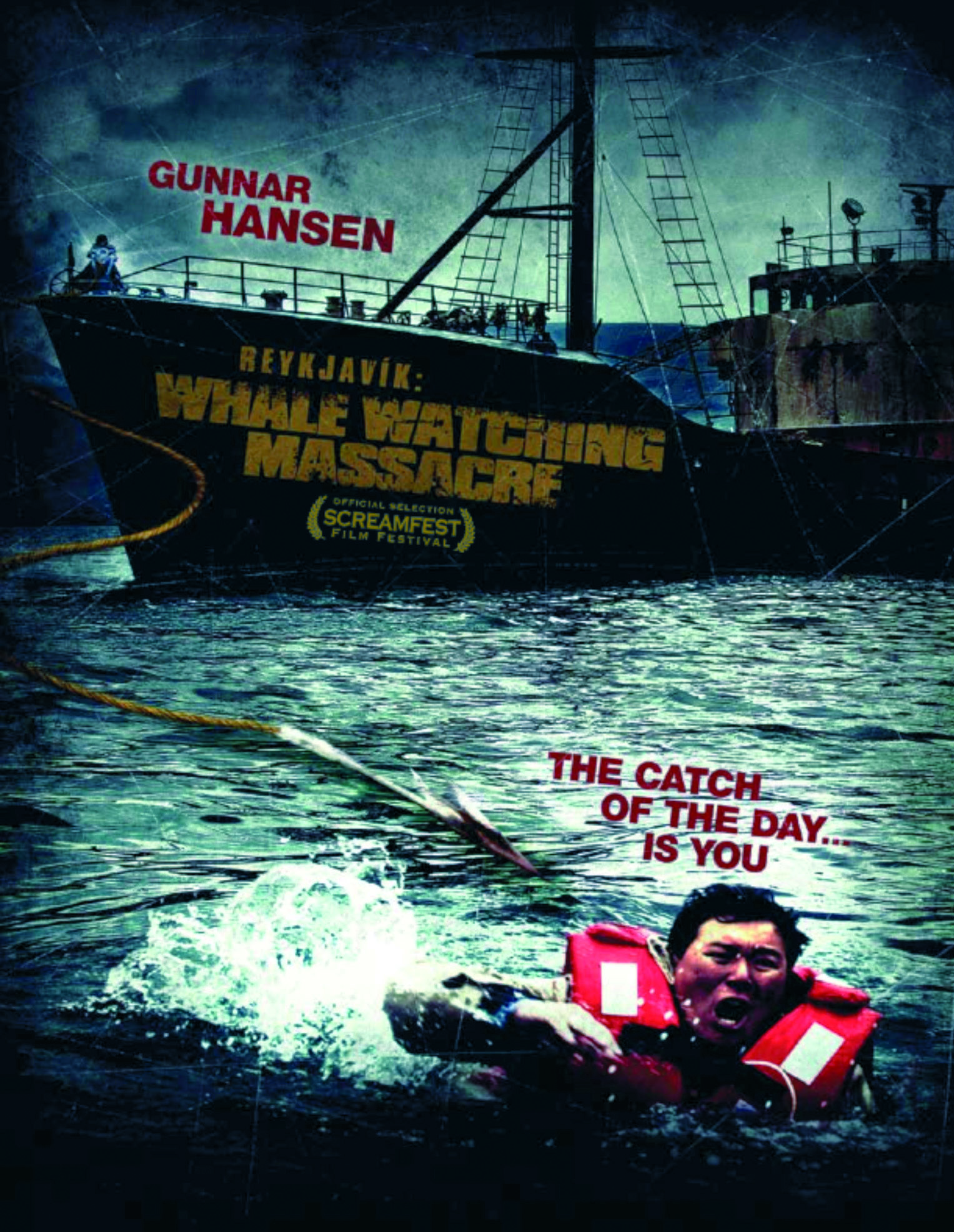 A bunch of foreign tourists find themselves in a pickle when the captain of their whale watching boat dies in a freak accident. The first mate, who was busy raping one of the tourists, decides to get away with the rescue sloop. Salvation arrives in the form of a taciturn sailor in a small boat. In stead of getting back to shore, the tourists are taken to a rusty whaling vessel, where the sailor lives with his mother and his retarded brother. The family has never gotten over the trauma of not being allowed to kill whales anymore and have specialised themselves in slaughtering whale watchers. Soon, it’s run-for-yourlife time, as the tourists desperately try to avoid coming into contact with an entire arsenal of harpoons, fish hooks and knifes. Despite the financial crisis, tiny little Iceland remains a formidable film force. The only genre that hadn’t been breached yet by the country of Björk and Kauphting was the slasher movie. Julius Kemp, known as the producer of the Lordi horror flic Dark Floors and local fantasy hit Astropia, fills the void with Reykjavik Whale Watching Massacre. There’s a big nod to the godfather of all slashers, The Texas Chainsaw Massacre, with the part of Gunnar “Leatherface” Hansen as the captain of the tourist boat. RWWM is a great midnight movie, with the fun coming from the many horrible ways in which the irritating international bunch meets their end at the hands of the mad whalers.