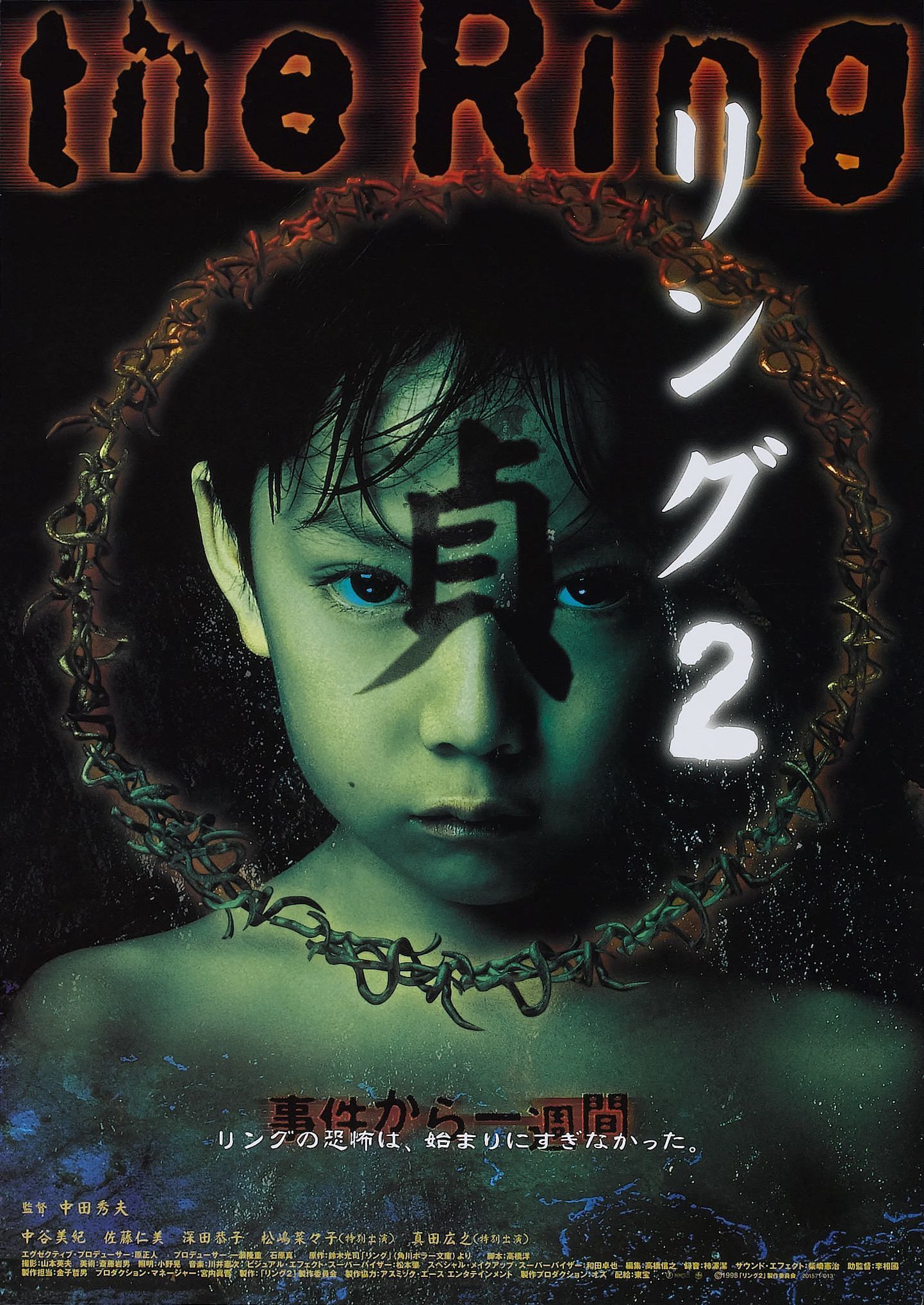 Professor Takayama dies in mysterious circumstances after he discovered the body of a young woman at the bottom of a well. According to the autopsy, the corpse used to be Sadako, the illegitimate daughter of the sister of Mr. Yamamura, the only living relative of the deceased. Mai, the assistant and lover of Takayama, wants to know why he died. She tries to find Reiko, a journalist and the exwife of the scientist. She found Sadako’s body together with him. But the former Mrs. Takayama has disappeared, together with her son Yoichi. Mai discovers that Reiko was working on a special report called “The cursed video”. The subject was a videotape that killed anyone who looked at it, unless the tape was shown to someone else within a week… Lethal videotapes are not uncommon in fantasy films. Remember films like Videodrome. But Ring 2 is clearly the sequel to Ring I by Hideo Nakata. The effective shivers, the purposive austerity and the supernatural poetry of the images were enough to convince our 1999 international Jury to reward Ring I with our Golden Raven. In Ring 2, Sadako’s restless spirit is eagerly searching for new victims. Those who escaped her demonic fury in the original, will now have to pay the price. This horrifying sequel is an adaptation of the trilogy by writer Suzuki Koji. This best-selling series represents one of the highlights in Japanese Fantasy Literature.