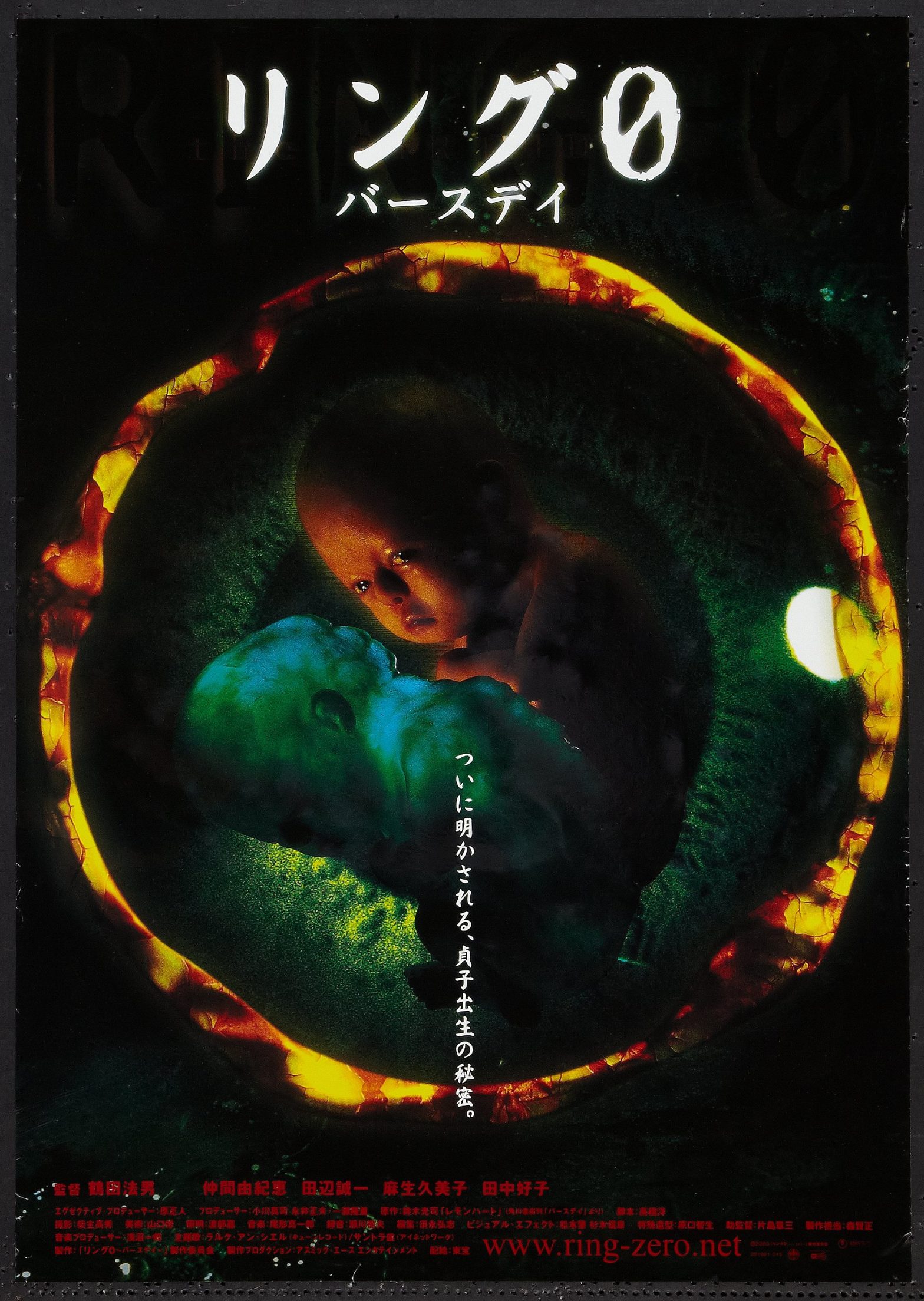 Thirty years ago. Reporter Akiko Miyaji searches Oshima island for traces of Sadako Yamamura, a girl who left the island with her father, Dr. Ikuma, after her mother committed suicide. In Tokyo, Sadako is an apprentice with a theatre troupe rehearsing a new play. She’s also under the care of Dr. Kuno, a former student of Dr. Ikuma, for “nerves”. Sadako has a strange effect on Aiko, the lead actress. Toyama, the sound man, notices it too, but he blames the womanising director Shigemori. He notices, however, a strange grinding sound that has appeared on his effects tape for the play. Akiko visits Dr. Kuno. She tells him that her fiancée, a reporter, died at a demonstration of parapsychology by Sadako’s mother. Since then, all the other journalists present have died as well. Akiko plays Dr. Kuno a tape of the demonstration, on which is heard the same high-pitched sound. Ring 0 : Birthday explains what happened before the first Ring movie. The victims of the notorious video curse were apparently not the first. The toll goes back into the fifties, to the days of open-reel tape recorders. This movie is the last in the successful Japanese horror trilogy. Novelist Koji Suzuki, director Norio Tsuruta (Tales of Terror) and scriptwriter Hiroshi Takahashi (Ring, Ring 2) widen and deepen this tale of an ancient, fatal curse replicating itself on modern media to destroy those it infects with paroxysms of fear.