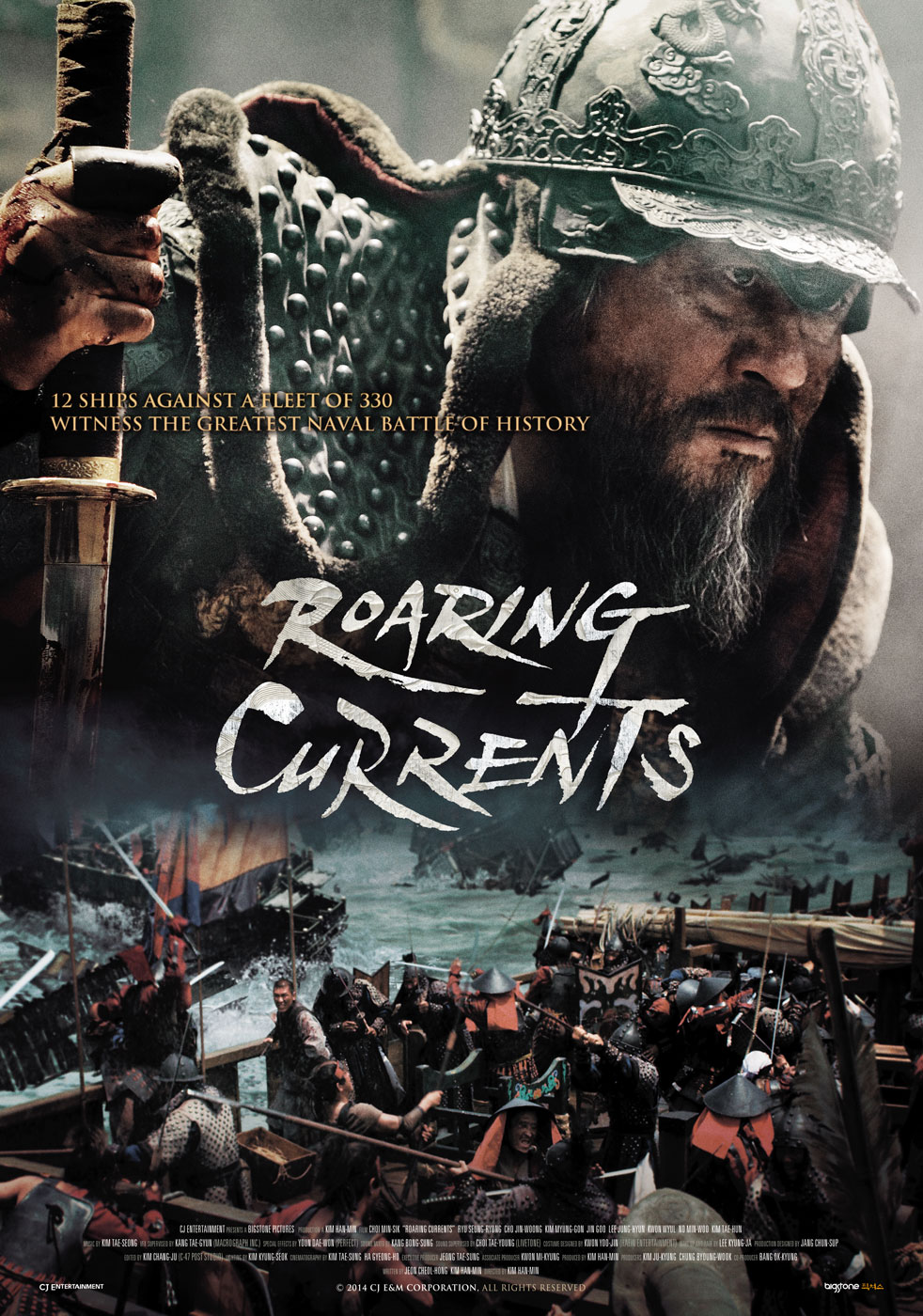 Roaring Currents is the spectacular adaptation of the most important sea battle in Korean history, led by Admiral Yi Sun-shin. Despite his impressive state of service, Yi is suspected of treason and gets imprisoned and tortured. After it becomes clear that he’s the victim of a conspiracy, Yi gets released immediately to command what’s left of the Korean fleet. Twelve ships will have to face a Japanese invasion force of more than 300 ships. What follows is a breathtaking battle that will decide the future of the Korean nation.

This epic super-production broke all box-office records in Korea. And that’s no surprise. The action scenes are incredible, adrenaline is flowing at supersonic speeds and none other than Choi Min-sik, the one and only Old Boy from the Korean original, plays Admiral Yi. Roaring Currents is first class high octane spectacle, a superior game of battleship chock-a-block with swordfights, hails of arrows, cannon balls, blood and gore and dazzling cinematographic feats.