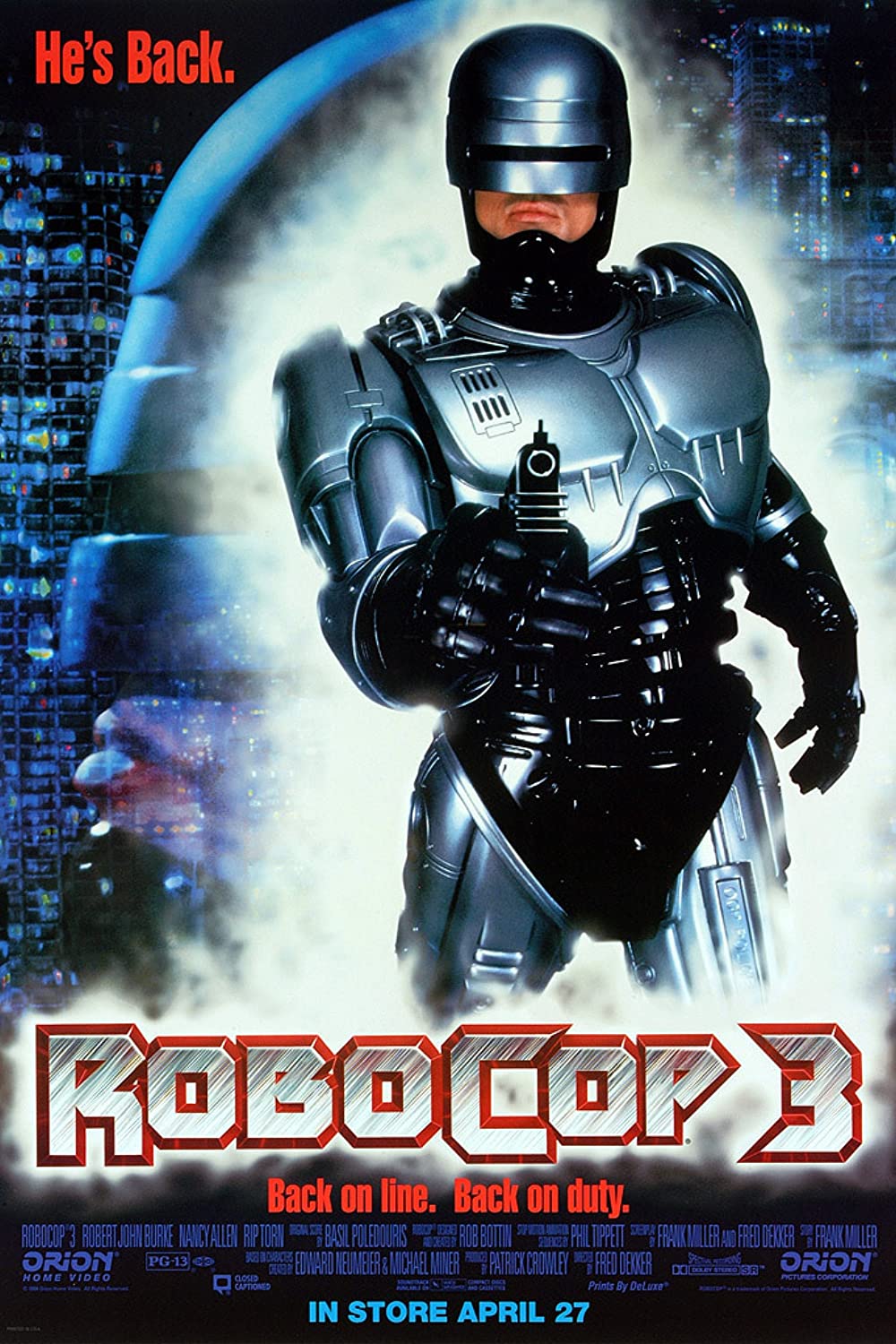 In the near future, big-city warfare has been perfected to perfection. The few families left living in inner-city Detroit are being ambushed by gangs of Splatterpunks and hunted down by armoured security forces for “rehabilitation.” Behind this “urban cleansing” are our friends from OCP, the perfidious multinational. They want to bulldoze the last city neighbourhoods to finally start building their super-metropolis: Delta City. The only hitch is their most successful product: Robocop (Robert Burke). As Robo witnesses the spectacle of helpless families fleeing, a small war begins between his programmed policies and his last shreds of humanity. A rebel group, led by tough Bertha (C.C.H. Pounder), and especially the computer prodigy Nikko, prevail. Robocop takes flight (literally!) and rebels against his bosses. In his way stands the feared ninja Otomo (Bruce Locke), the brand-new law enforcement model ED 209, and some sloppy billions of dollars from multinational OCP.

Director Fred Dekker (The Monster Squad: Special Prize in 87, Night of the Creeps) and screenwriter/comic book artist Frank Miller (Elektra, The Dark Knight Returns) take revenge on the failed Robocop II. Number 3 is a return to the humour, satire, and cynical edge that made the first Robocop such a success. Robert Burke (Simple Men, Ramblin’ Rose, Dust Devil) takes over the armour of Peter Weller as the new Robo. Nancy Allen (Dressed to Kill, Poltergeist II, Roses are Dead) is still his colleague, police officer Anne Lewis. And Bruce Locke (Black Rain) plays the role of Otomo, Robo’s ninja nemesis. Special effects wizard Phil Tippett, who created the Imperial Walkers in “The Empire Strikes Back,” is the man who makes Robocop fly like a 75% recyclable Superman.