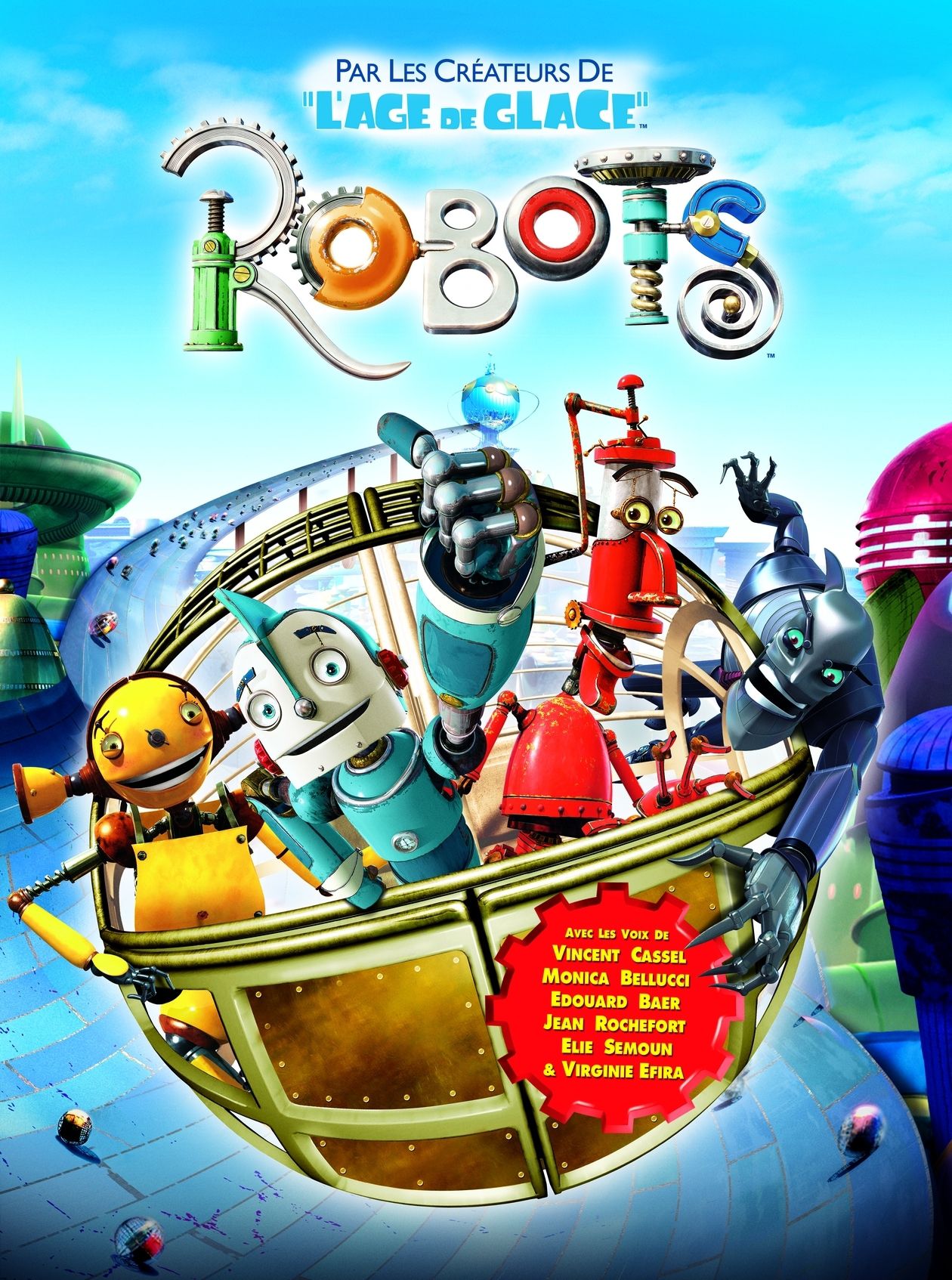 “Rodney Copperbottom is a small town robot who has a gift for inventing things and a hope of moving beyond his quaint surroundings. He works side by side in a restaurant with his dad who is literally a dishwasher. You just have to open his chest and load in the dishes. Rodney has dreams of something greater. Armed with his unique talent for inventing, Rodney embarks on a journey to Robot City to meet his idol, the majestic inventor Bigweld. An iconic figure in all of Robot City, Bigweld has spent a lifetime creating things to make the lives of robots better. Once in Robot City, Rodney finds that things are not quite as he expected, and his quest may be a lot harder than he imagined. From Academy Award winning director Chris Wedge, who transported audiences back in history with Ice Age, comes a timeless, comedic tale that pushes the boundaries of animation while introducing characters rich with humour and soul. You’ll enjoy the visually spectacular universe of Robots, a world filled entirely with whimsical androids. In addition to the vocal talent of Ewan Mc- Gregor, Robin Williams, Halle Berry and Mel Brooks, you might also recognize the voices of Drew Carey, Jim Broadbent, Jay Leno, Dianne Wiest, Stanley Tucci, Jamie Kennedy and many others.”