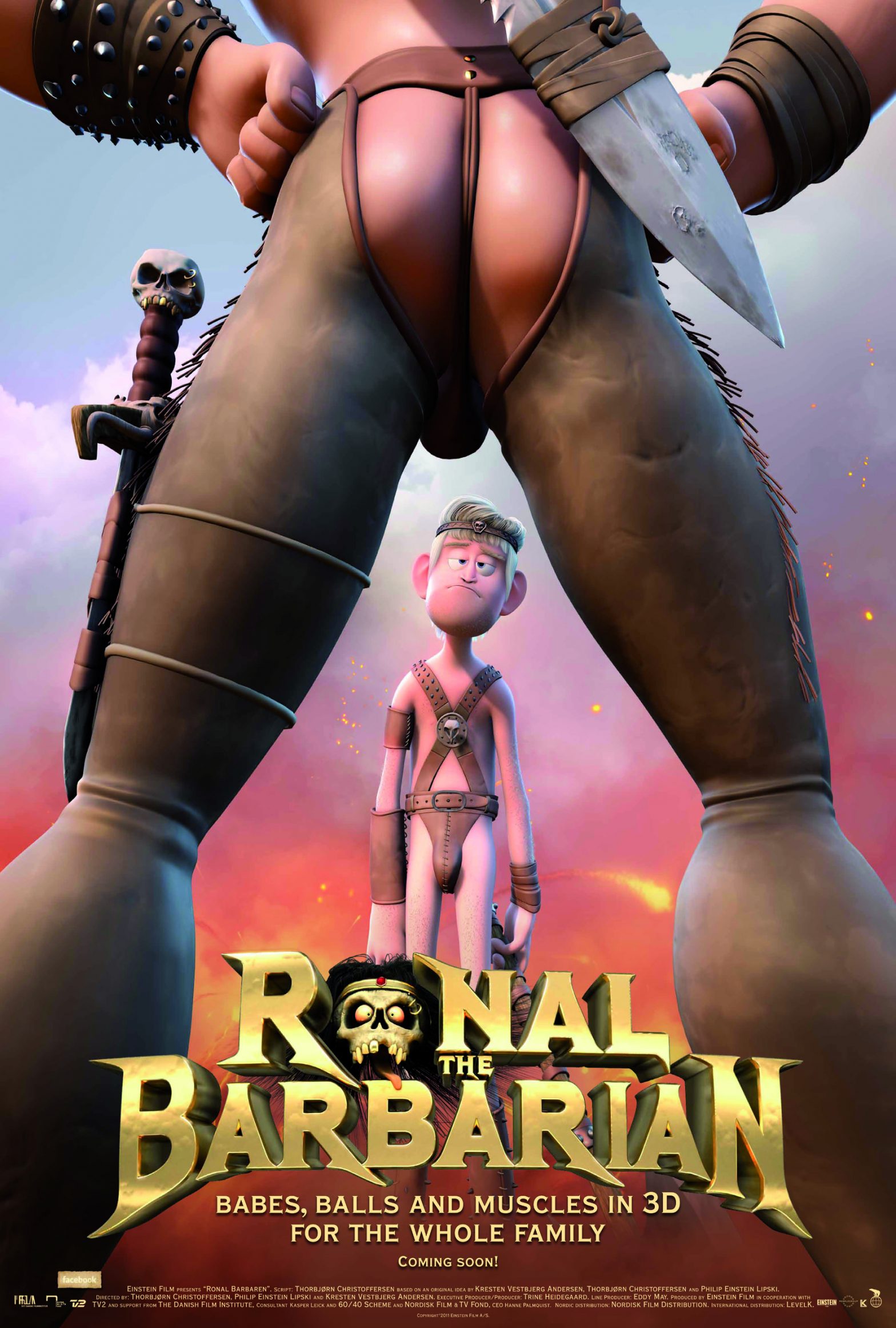 Let’s put it bluntly: Ronal isn’t exactly how you would imagine a genuine barbarian. You know those walking bundles of biceps with Austrian accents that could rip your arm out just by tickling your armpit. Well, that’s not Ronal. He’s a weak shrimp, a real wussie with twig-like arms. And now the fate of his fellow barbarians rests on his fragile shoulders. Evil Lord Volcazar has raided the village and abducted the entire tribe. Forced to go on a perilous quest to save his kin, Ronal is joined by Alibert, the horny glam rock bard, Zandra the gorgeous shield-maiden, and Elric the metrosexual elfin guide ( just imagine Legolas in a Gay Pride Parade ). Babes, balls and muscles! With this kind of tagline, you know that grown ups finally also have their animation films: violence, gore, sex and fun… Ronan is an epic spin-off joke on classics like Conan the Barbarian and Lord of the Rings! From the Danish animation filmmakers who brought you Terkel in Trouble ( 2004 ) and the sci-fi spoof Journey to Saturn ( 2008 ).