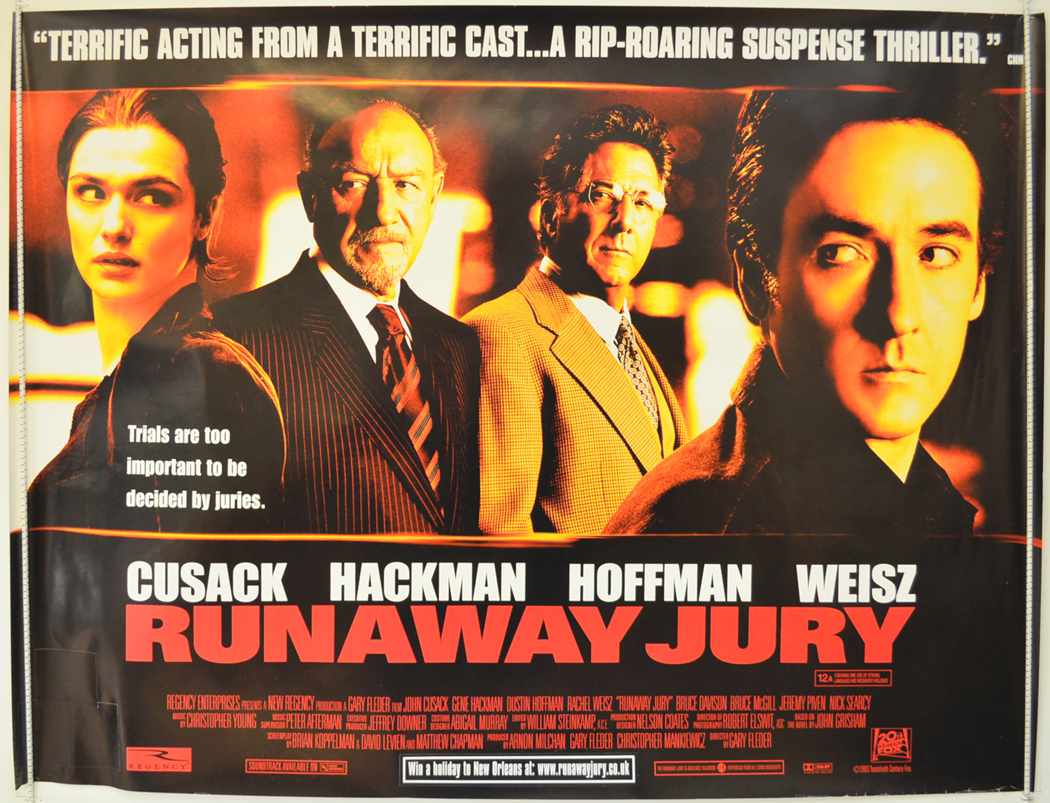 When a young widow in New Orleans brings a civil suit against the powerful consortium she holds responsible for her husbands murder, she sets in motion a multi-million dollar case. Representing the widow is Wendall Rohr, a courtly lawyer with a heartfelt passion for the case he’s presenting. His opponent is Rankin Fitch, a brilliant and ruthless jury consultant. At a high tech command centre, Fitch and his team try to strategically manipulate the jury selection process. However, Nick Easter, one of the jurors, seems to have his own plan for swaying the panel. And a mysterious woman, only known as Marlee, contacts both Rohr and Fitch, telling them the jury’s for sale and the verdict won’t come cheap.

The atmospheric French Quarter of New Orleans serves as the background for this terrific legal thriller by director Gary Fleder (Kiss the Girls, Impostor). Besides being the battle of the lawyers, Runaway Jury is also the battle of the actors. Dustin Hoffman (Tootsie, Rain Man) and Gene Hackman (The French Connection, Unforgiven) are poised against each other as Wendall Rohr and Rankin Fitch. The clash of these thespian titans is spiced up with the performances of John Cusack (High Fidelity) as Nick Easter and Rachel Weisz (The Mummy) as Marlee.