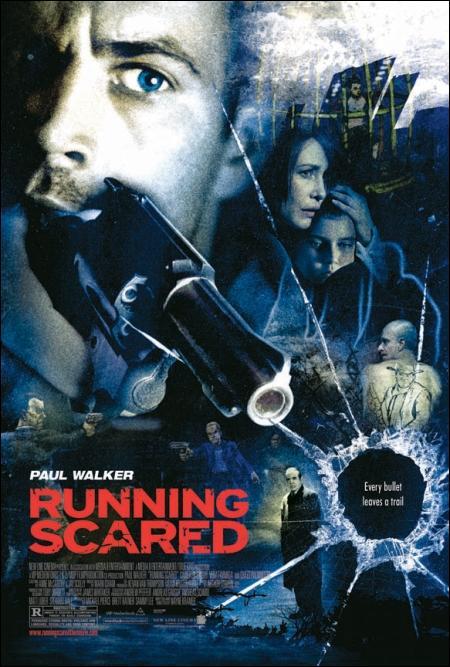 The story takes place in flashback, covering 18 nocturnal hours of bloodshed in New Jersey and New York. A police undercover team is blown away by a band of minor Mafiosi. An incriminating revolver that will tie its owner to the massacre, is stolen by a 10-year-old boy. The kid uses it on his abusive father, a brutal criminal with underworld connections. What then ensues is a relentless pursuit, involving bent cops, the Russian and Italian mafias, black hoodlums, a sadistic pimp, a golden-hearted whore and a seemingly harmless middle-class couple who turn out to be homicidal paedophiles. Wayne Kramer impressed everybody last year with his debut The Cooler. His second film, the deranged mobster thriller Running Scared might be destined for cult status. It races through every conceivable cliché at a thousand kilometres an hour, accompanied by relentless ricocheting camerawork and remorseless eye watering violence that takes its way beyond simple hysteria. So berserk are the proceedings, that a strange zone of calm insanity is reached, the cinematic equivalent of the eye of a tornado. This truly unique confrontation between Scarface and The Brothers Grimm stars Paul Walker (The Fast and the Furious) as the small-time gangster tracking down the missing gun and Chazz Palminteri (Goodfellas) as a sweaty, corrupt detective.