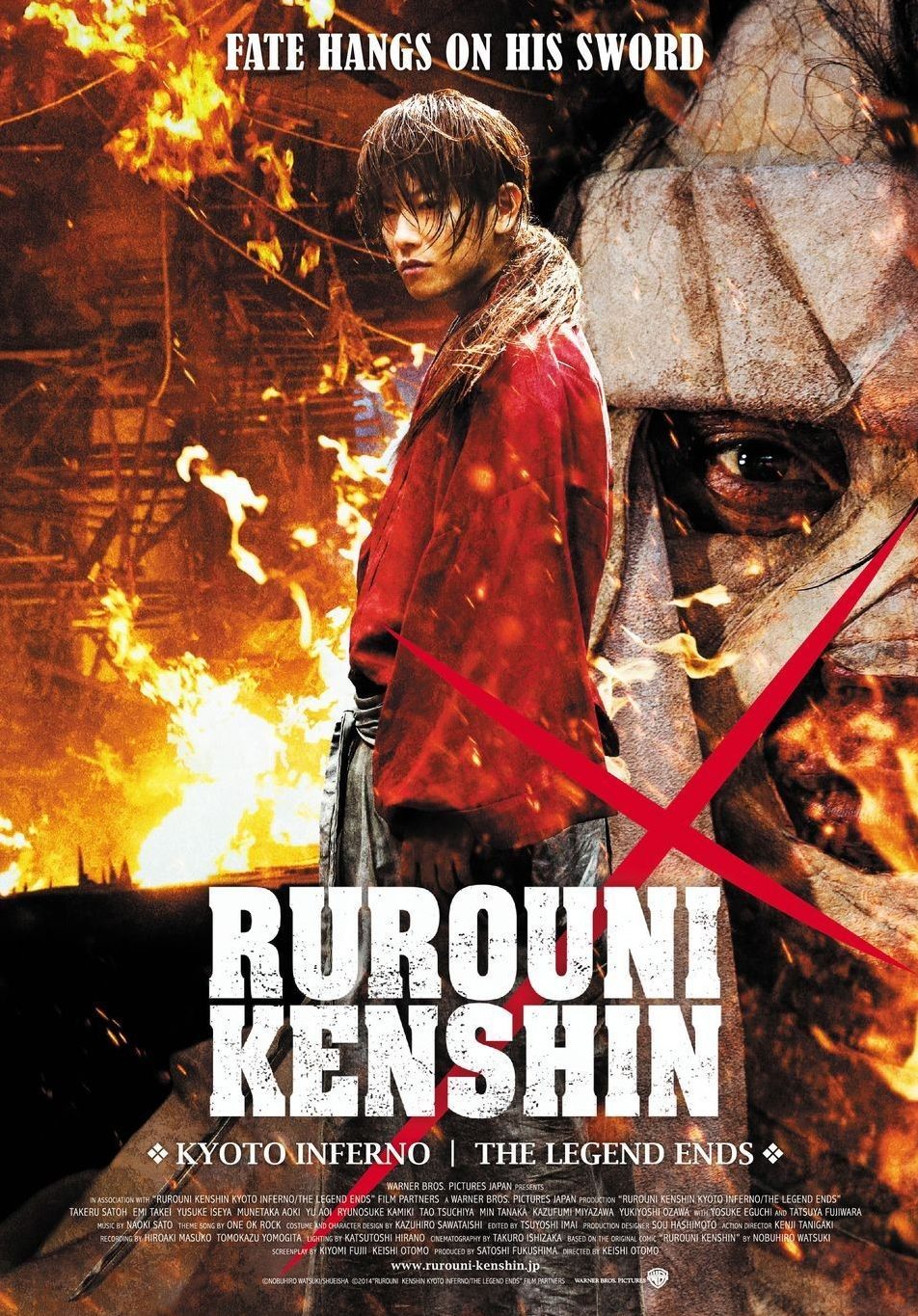 In this second adaptation of the popular manga we find out that Kenshin has settled down with Kaori and his friends. But their peaceful life is brutally disturbed by Makoto Shishio, also a formal Ronin. After having left Kenshin for dead, he goes after the government in Kyoto. They call upon Kenshin to save them as he is, of course, the only one who’ll be able to stop Makoto.

Everybody cheered when hearing that the successful adaptation of Rurouni Kenshin from 2012 would get two sequels. This success is based on the cult status of the comic that inspired the movies. Rurouni Kenshin is the tale of Himura Kenshin, a former sword for hire who wants to forget his past by assisting those in need. On his travels he encounters many people from his past, a few friends and a lot of enemies. Takeru Sato one again incarnates Kenshin, while his opponent is played by none other than Tatsuya Fujiwara, the hero from Battle Royale and the bad guy from Death Note and Monsterz.