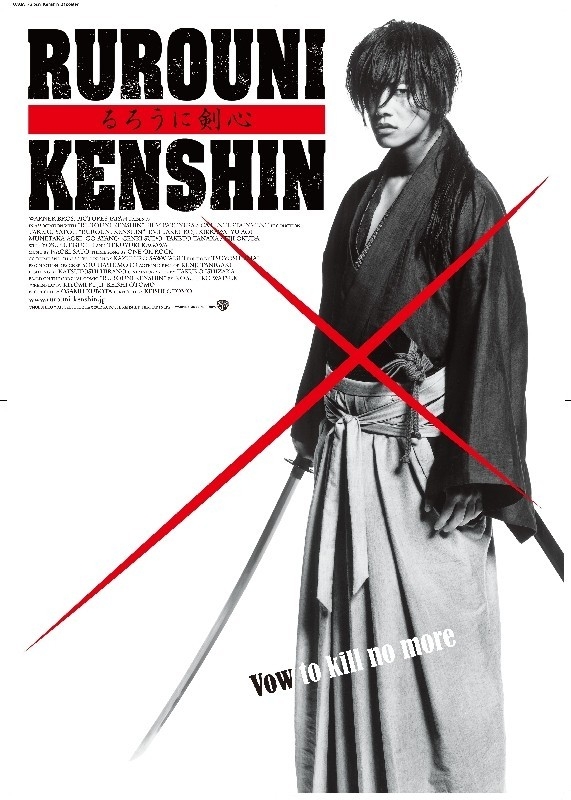 Nearly 140 years ago, in the last days of the Shoguns, there was a man known as “Battosai the Killer,” feared as the most powerful assassin. He was faster than a god, stronger than a demon, and was the leading spirit of the Meiji Restoration. In a flash he downed any number of opponents. Once he pulled out his sword, nobody survived against him. As the war ended and the new Meiji era came to be, Battosai vanished from the world. The only thing that remained was his legend. 10 years later, a man appeared in a world still in disarray. His name is Kenshin Himura, a wanderer who saves people with a back-blade sword that cannot kill. This is Battosai the Killer, who has taken a pledge never to kill again. In order to bring peace to the world so that his loved ones can live safely, Kenshin’s battle begins ! Nobuhiro Watsuki’s best-selling comic Ruroni Kenshin : Meiji Swordsman Romantic Story has finally become a live-action film. The series has sold over 57 million copies and been made into a hit TV animation series. Its popularity has largely spread outside Japan, having been translated in 23 countries around the world ! Director Keishi Otomo has faithfully followed the spirit of the original work to create a completely new film, bringing in techniques he acquired in Hollywood, for a mind bending roller coaster of action and adventure !