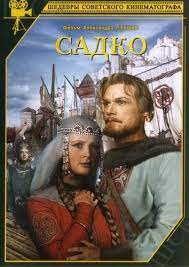 A popular legend in many amusing episodes, this film with excellent special effects succeeds in bringing the fairy tale context alive, while also demonstrating the extraordinary talents of ALEXANDER PTOUCHKO, who has created many works where dream and poetry collide. Sadko tells the tale of a gusliplayer who searches for the bird of happiness. The animal must help him in his battle against poverty in his village. Ptouchko, who sadly died at the age of 72, has a special place in the world of special effects. He conjured up whirlwinds of colour on the screen, often in perfect harmony with the music of Rimsky Korsakov.