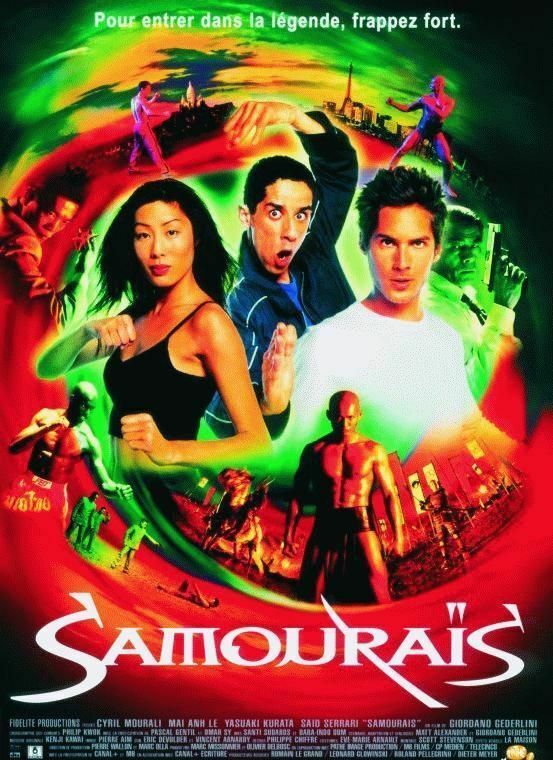 In modern-day Japan, police commissioner Morio Fujiwara is on the trail of the immortal demon Shoshin Kodeni, who’s the powerful head of an international company specialising in video fight games. Morio suspects that the latest of these games, Dark Bushido, could be used as a weapon. Kodeni, trapped inside a body that’s 500 years old, has to regenerate. For this he needs the entrails of a warrior’s daughter. He chooses Akemi, Morio’s only daughter, as his victim. Kodeni’s men track her down to Paris, where she lives. Akemi just manages to escape their clutches thanks to the intrepid Marco and his friend Nadir. These two boys are afraid of nothing and would do anything to help a pretty young Japanese girl. A chase through the Paris suburbs ensues, the outcome of which will be determined by the virtual power of Dark Bushido, newly released in France.

From Marc Missonnier and Olivier Delbosc, the producers of Sitcom, Les Amants Criminel and Promenons-nous dans les bois, comes a very rare thing indeed. Samourais is a Kung-Fu comedy action epic that takes place in France. It’s the first film of young director Giordani Gederlini, who also co-wrote the screenplay with Matt Alexander (Le Boulet). The film is a mixture of French and Japanese influences and can count on the services of choreographer Philip Kwok (Hard Boiled, Brotherhood of the Wolf) for some beautiful and spectacular battles. With a cast of young and seasoned actors like Cyril Mourali, Mai Anh Lee, Yasuaki Kurata (Dark War, Fist of Legend) and Said Serrari (The Beating of the Butterfly’s Wings).