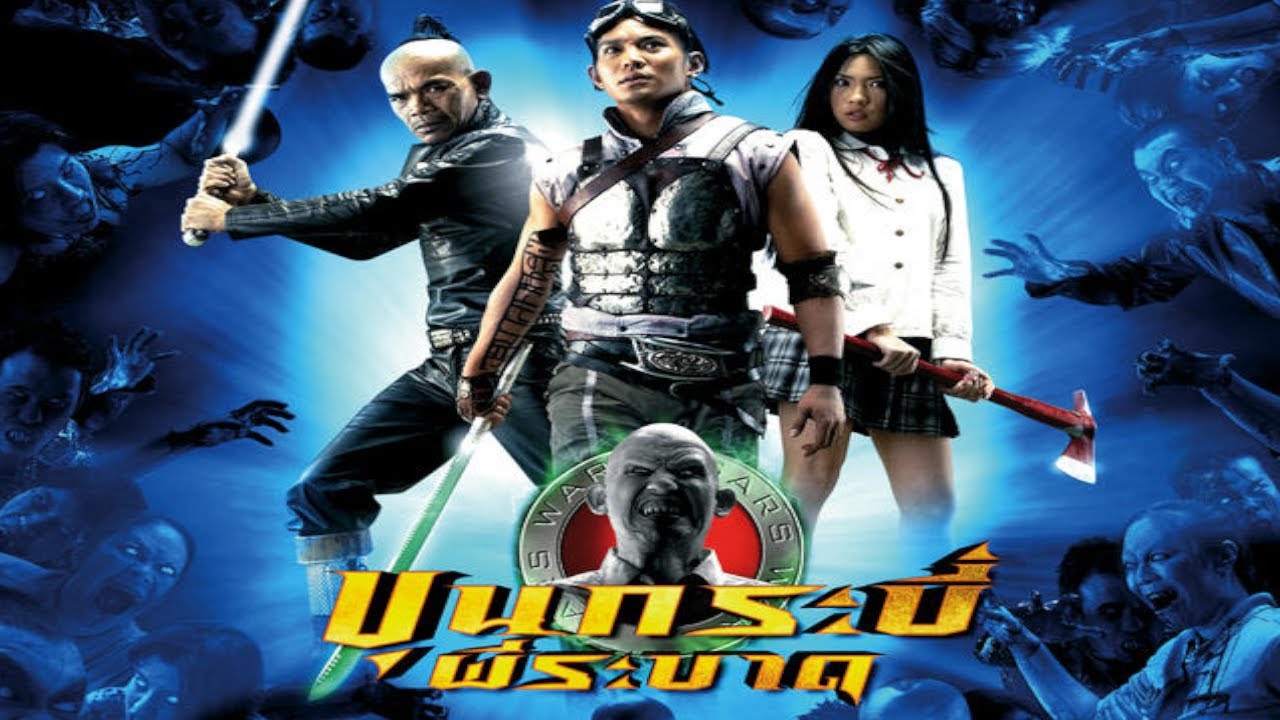 Lieu, the beautiful daughter of a powerful gangster is kidnapped. Her father calls upon an old friend, Master Tep, also known as the Green Tea Blade Master, to help him find his little girl. But Tep has left the underworld and now follows the path of the righteous. He enlists his swashbuckling student, Khun Krabi, to rescue the beautiful Lieu. His audacious pupil tracks down the kidnappers to an apartment building. Unfortunately, it’s also the residence of Dr. Thompson, the first victim of a very vicious strain of the Sars virus. When the mild mannered doctor changes into a ravenous zombie, the virus starts to spread like wildfire. The government seals off the building and sends in the special forces. Khun Krabi and Lieu are trapped inside the building, together with trigger happy soldiers, desperate gangsters and legions of hungry zombies. Sars War is a funny, deranged and original zombie comedy from Thailand. Director Taweewat Wantha has combined the fevered imagination of Peter Jackson’s Braindead with the surreal humour of Stephen Chow‘s Shaolin Soccer. There’s a battery operated magical sword, a nasty zombie baby, tons of blood and countless references from Japanimation, John Woo, Star Wars to The Crying Game to keep you amused until the very end.