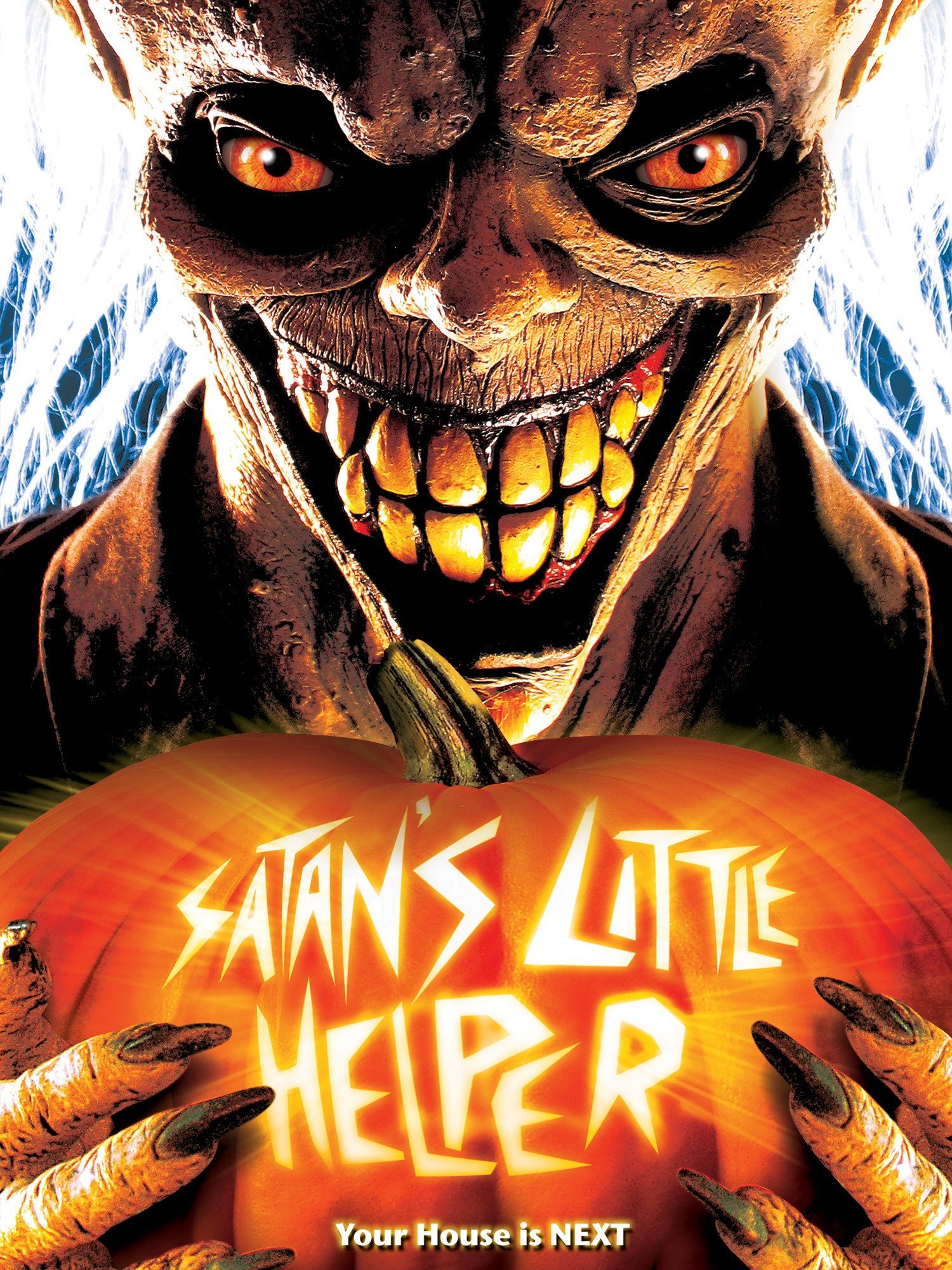 Halloween has always been Douglas Whooly’s preferred holiday, but this year is even better. He’s dressing up as the title character from his favourite video game : Satan’s Little Helper. Douggie is excited that his older sister Jenna is coming back from college for a night of trick-or-treating. His enthusiasm wanes when she brings Alex along, her new boyfriend. Upset, Douggie wanders off and happens upon a psychopath wearing a grinning devil mask. Thinking it’s all fun and games, he solicits for the job as “little helper” and is delighted when “Satan” agrees. Douggie brings his new friend back to his house, where his family mistake him for Alex, who went out looking for a costume. They don’t know that Alex is lying bloody, bruised and unconscious on a porch somewhere as part of the Satan’s Man sinister Halloween rampage. Cult-director Jeff Lieberman, responsible for 70ties horror classics like Squirm, Blue Sunshine and Just Before Dawn, hasn’t made a film since 1987, but it seems as if he’s never been away with this original variation of the Haloween horror flic. Satan’s Little Helper is stuffed with black humour, mayhem, death, destruction and enthusiastic performances from 9-year old Alexander Brickel as the eager assistant to evil and Amanda Plummer (Pulp Fiction, Butterfly Kiss, Freeway) as Douggie’s mother.