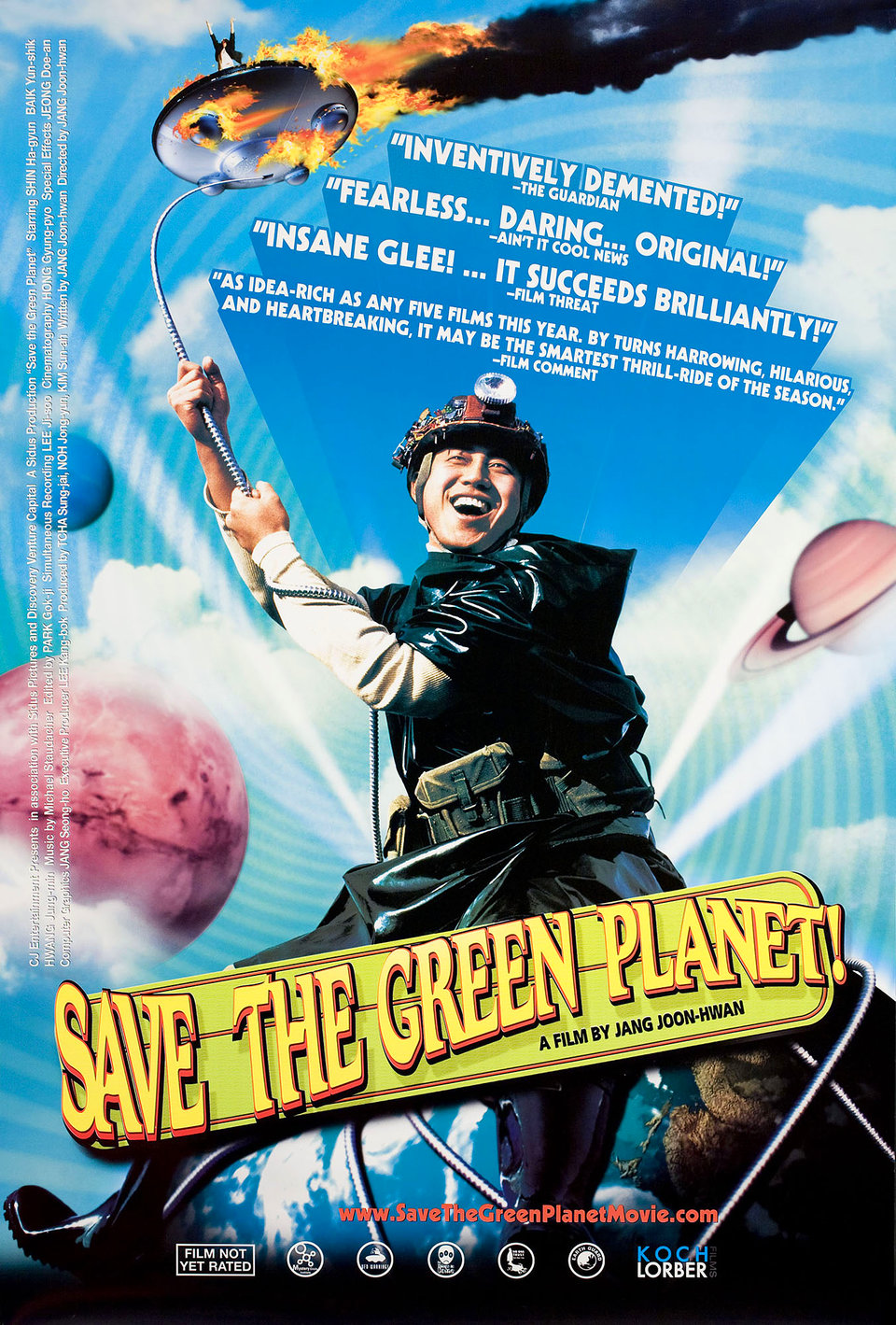 SAVE THE GREEN PLANET!

Byung-gu looks like an ordinary young man. But what he thinks is another matter. He believes that all of Earth’s social ills are the result of alien interference from the Andromeda Galaxy. Unless he can meet the prince of Andromeda before a total lunar eclipse, planet Earth will be doomed. In order to get to the prince, he must find an extraterrestrial living on Earth. So Byung-gu kidnaps the most logical suspect, Man-shik Kang, president of the Yoojae Chemical Company. A battle of minds starts between Byung-gu, who’s trying to uncover a secret alien plot to destroy the planet and Man-shik Kang, who thinks his captor is crazy and desperately tries to escape.

Save the Green Planet, the debut feature of young director Jun-hwan Jang, is a true gem. It contains almost every film genre, from horror to comedy, action and thriller. The daring screenplay, with its surprising plot, shows little regard for Hollywood narrative conventions or for playing it safe commercially. Cinematography and acting are superb, especially Ha-kyun Shin (Sympathy for Mr. Vengeance) as the anti-hero Byung-gu. In other words, this is a movie to see and a director to watch out for.