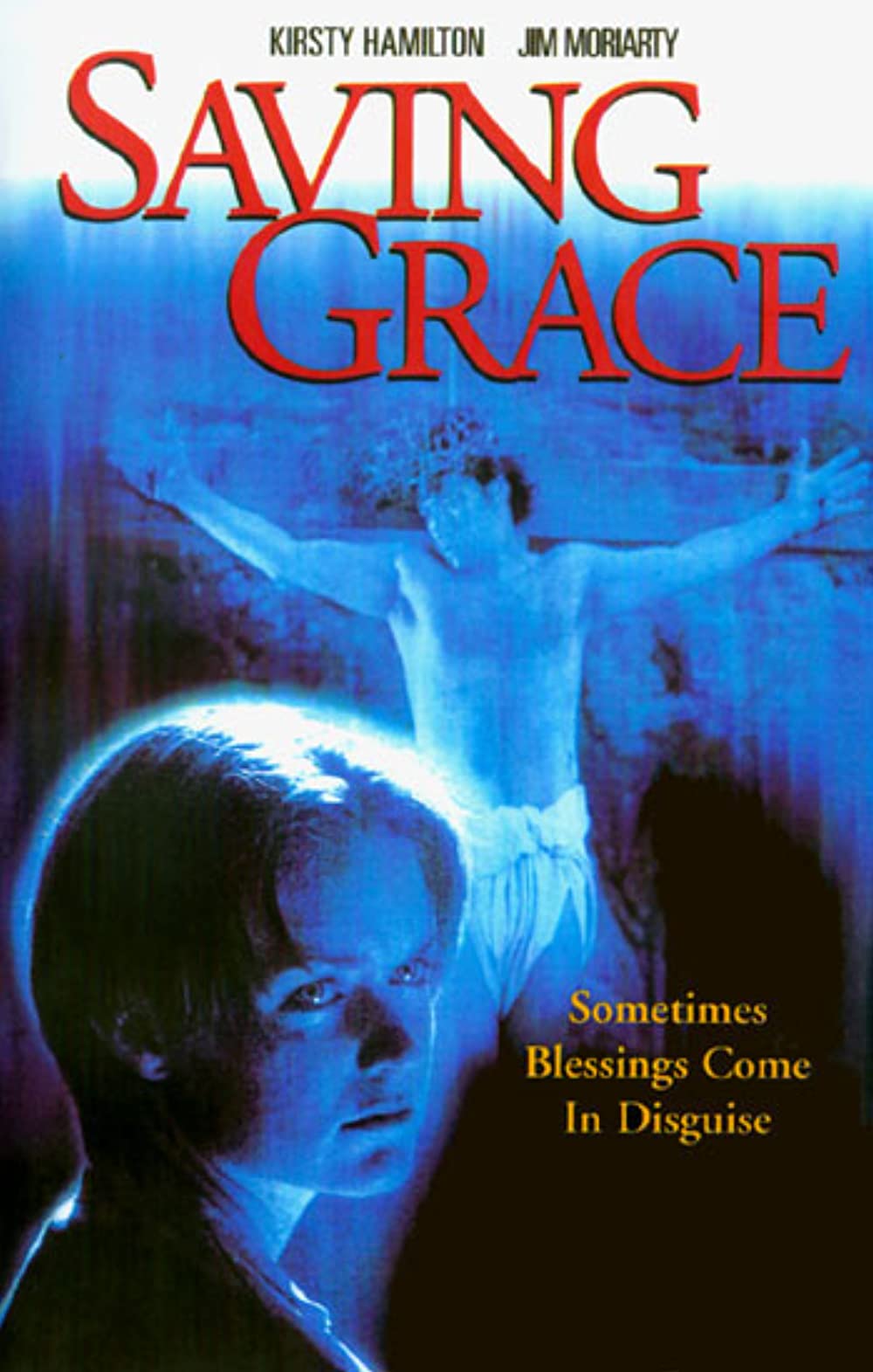 Grace Kelly Cuthbertson is an eighteen year old streetkid with a chip on her shoulder. Unable to forget the suicide of her mother, unable to deal with the resultant trauma and guilt, Grace has become homeless, and deeply self hating, locked into a hopeless self destructive spiral. Until she meets Gerald. Gerald Hutchinson is twice Grace’s age, an unemployed carpenter. He’s somewhat gauche, even goofy, yet there’s a strange charisma about him, a hint of mystery. Grace moves into Gerald’s flat, cynically intending to live off him for a while. Instead, a delicate relationship develops. Grace opens up to Gerald. With tenderness and insight, he helps her repair her shattered self esteem. For the first time in her life, Grace begins to feel loved and secure. And then Gerald tells her he’s Jesus Christ.
Saving Grace is a drama about friendship, faith, and betrayal. From an inauspicious first meeting at a Social Welfare office, Gerald and Grace discover in each other hidden talents and mysterious powers. But their bond becomes a shockingly dangerous one, destined for either greatness or tragedy. Saving Grace is the first feature film of Costa Botes, who is known for the cult-mockumentary Forgotten Silver, which he wrote and directed together with his friend Peter Jackson (Braindead, Heavenly Creatures). Together with author Duncan Sarkies he adapted the play for the screen. Kirsty Hamilton was chosen to star as Grace. Jim Moriarty plays Gerald Hutchinson.