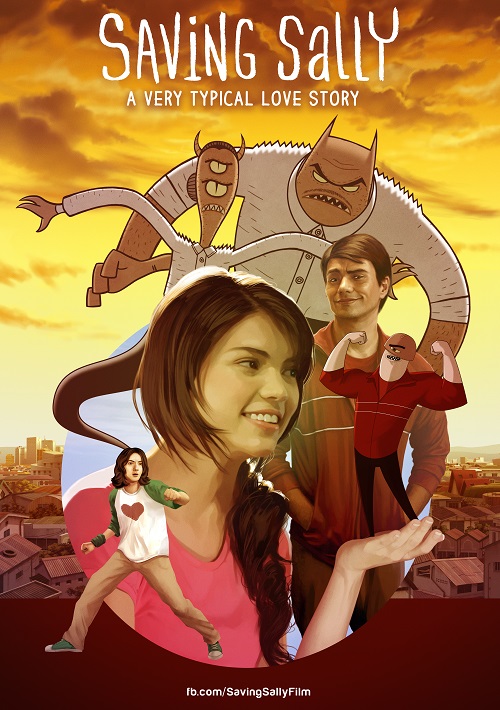 Some see dead people, others have visions, but Marty sees monsters all over the place. Small, big, hideous or stylish, they all seem to come straight out of a comic book to populate the universe of this teenager with an overactive imagination. At least they’re harmless. Not like those bullies who put geeky Marty through the wringer every day at school. Until the moment when beautiful Sally comes to his rescue. They become inseparable, exchanging everything… except bodily fluids. Of course Marty falls in love with Sally, but he doesn’t dare to tell her for fear of breaking up these unique moments they spent together. Of course, our poor guy ends up being “friendzoned” by Sally. Marty’s alone again with his monsters, while his beautiful Sally, even under the constant supervision of her tyrannical parents, gets seduced by the kind of alpha male against whom Marty doesn’t stand a chance. Unless… It took director Avid Liongoren more than ten years to complete his project and the result is amazing. Mixing real shots with CGI animation, Saving Sally is an inventive re-reading of the concept “will they get together or not?” Visually bluffing and incredibly poetic, this modern tale owes much to the magnetic presence of Rhian Ramos, which we could already see at the BIFFF in Yam Laranas’ The Road.