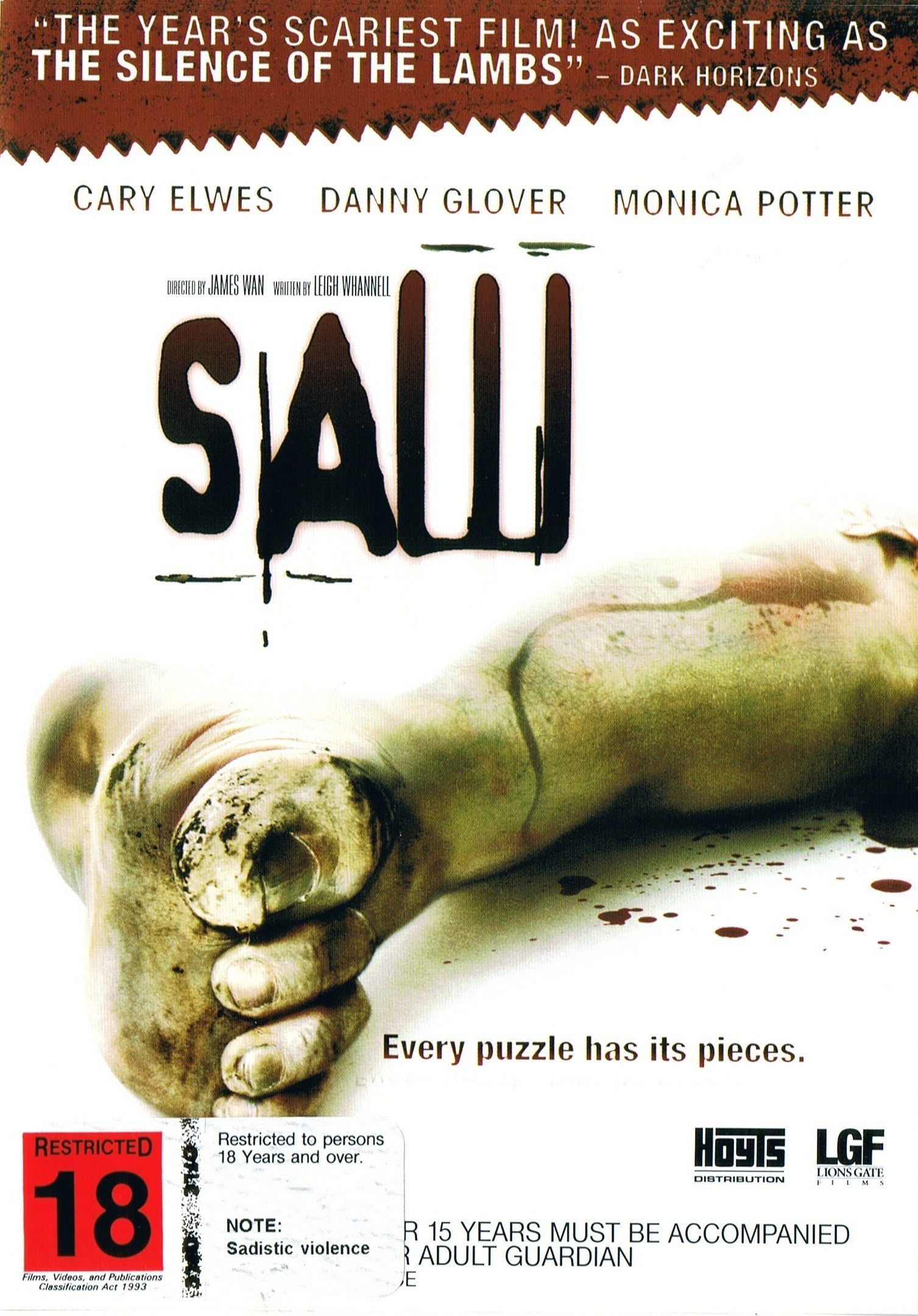 The lights snap on, momentarily blinding the two occupants of the room. Slowly, they become aware of their surrounding. They are chained to opposite walls and lying between them is a bloody corpse with a revolver in one hand and a cassette recorder in the other. They both find audiotapes in their pocket. The two captives are Adam, a young freelance photographer, and Dr. Lawrence Gordon, an accomplished surgeon. Their lives seem miles apart, but the distorted voice on the tape tells the doctor that he must kill Adam within 8 hours or his own wife and daughter will be murdered. They are pawns in an elaborate game set up by the psychopath known only as Jigsaw. Adam and Lawrence have few clues to work with, but they do have two handsaws at their side; too weak to break their chains, but strong enough to cut through flesh and bone. A serial killer who forces his victims to kill themselves or each other. That’s the original premise of Saw, a truly innovative thriller by debut director James Wan. Together with screenwriter Leigh Whannell, who also plays Adam, Wan gleefully manipulates and deconstructs old genre conventions, while we are writhing in our seats as the sick, voyeuristic game unfolds onscreen. Also starring Carry Elwes (Kiss the Girls, Shadow of the Vampire) and Danny Glover (Lethal Weapon, Predator 2).