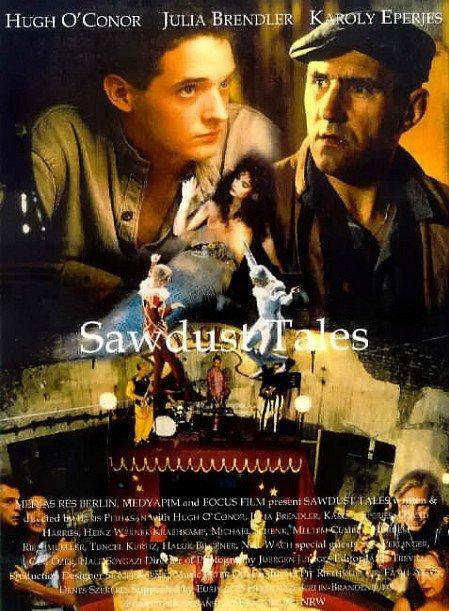 A timeless, placeless land. Over a desolate landscape the motley Iaola circus troupe wearily trundles along, in search of deliverance from a totalitarian regime. Each of them – the tightrope-walkers, the clowns, the equestrienne, the knife-thrower – longs for a new and better world. The Iaola troupe makes its way to a shabby harbour town, named Gasworks after its now derelict gas factory, where they are supposed to meet up with the enigmatic Rupert who has promised them passage to the new world. The shadows of an imminent war hover over the circus troupers, and the corrupt town is rife with soldiers seeking cheap entertainment. Beyond, docked in the harbour, lies the ship The Ephemera set for departure to the new world. As Rupert has not yet appeared on the scene, the troupers set up temporary camp in the Gasworks fairgrounds and adjacent factory ruins. There they start performing for the growing numbers of military troops stationed in the area. In the beginning they seem to amuse the ruthless local commander Colonel Hammond. But when he suspects the circus troupers of harbouring a young deserter disguised as a clown, the situation deteriorates with a fatal confrontation. And still there is no sign of the inscrutable Rupert …
Initially,
Turkish writer director Baris Pirhasan wanted to make Sawdust Tales as a short film, but, inspired by Bilge Karasu’s novella about life in a circus, he realised the subject matter demanded more than the short-film format. Producer Pit Riethmueller describes Sawdust Tales as a fantasy: “It possesses a timeless and fairytale-like quality in the tradition of films like Emir Kusturica’s Underground and Jean-Pierre Jeunet’s Delicatessen.” The European cast includes British actor Hugh O’Conor, Germany’s Julia Brendler and Hungarian actor Karloy Eperjes.