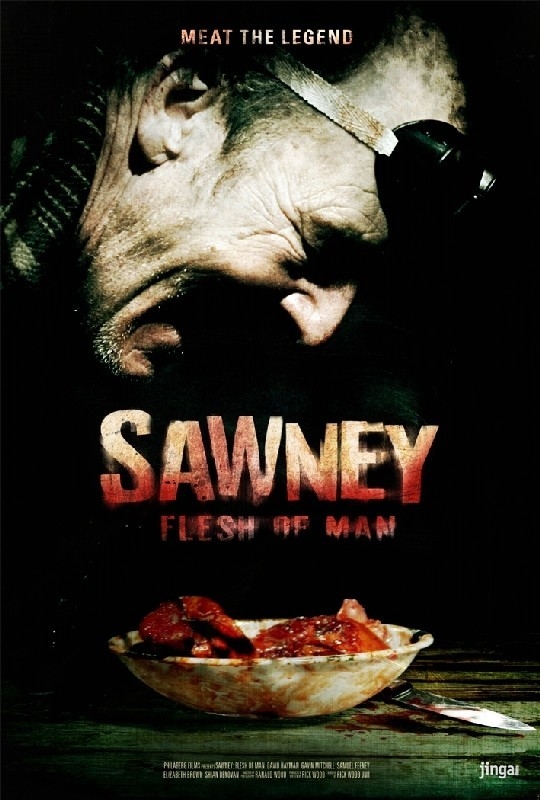 400 years ago in Scotland, there lived a primitive, brutal family of cannibalistic serial killers led by their incestuous father ‘Sawney Bean’. During their reign of terror they murdered over 1000 people. Their victims were slaughtered and their body-parts butchered and eaten. Sawney’s bloodthirsty brood lived a life of degraded seclusion in a network of underground tunnels. The 48-member clan included eight sons, six daughters, eighteen grandsons and fourteen granddaughters, all inbred. The clan of mass murderers were finally hunted down and dragged in chains to the gallows in Edinburgh, where they were all brutally executed without trial. But one survived ! Generations passed, their family multiplied and in present day Scotland the murders have started again. Based on a Scottish legend that inspired Wes Craven’s The Hills Have Eyes, Sawney : Flesh of Man is Ricky Wood’s first long feature film after his short feature Forgotten, that earned him a nomination for the Scottish BAFTA New Talent Award for Directing. Juggling with the beautiful landscapes of Scotland and its sordid secrets, Wood signs a bloody feast with a ravenous David Hayman ( Burke and Hare, Sid and Nancy ) eager to remind you how to use a doggy bag.