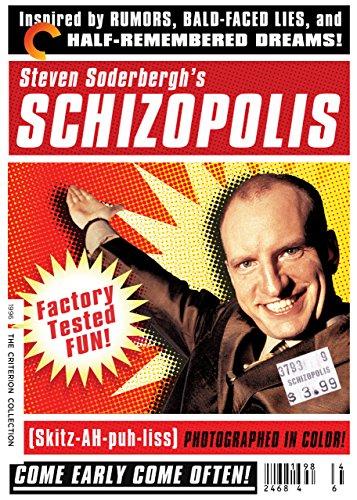 “…all attempts at synopsizing the film have ended in failure and hospitalisation. “ warns Steven Soderbergh, director of Sex, Lies and videotapes and The Limey. Schizopolis could be compared to a Monty Python Hamburger Film Sandwich remake, rewritten by Samuel Beckett, with the final cut done by a Jacques Tati on acid. The result is absurd and profoundly alienating….