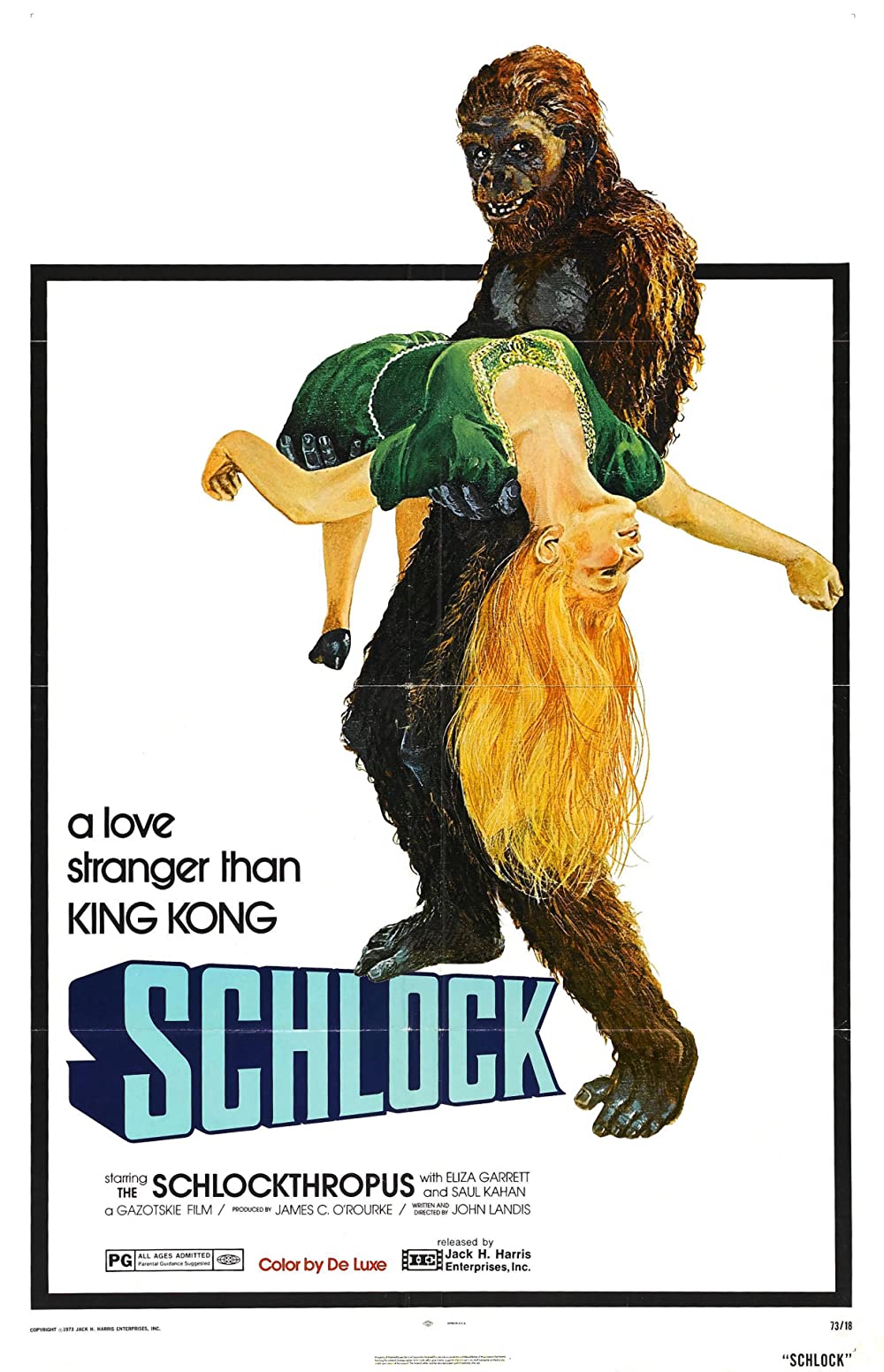 A small Californian town is living in terror. A series of unsolved murders keep a hold of the police and scientists. They are convinced that the numerous amount of clues will lead to the killer, the dangerous Chlocktropus, the missing link between man and animal.
SCHLOCK is a smart parody of King Kong, a masterpiece for the fans of foolish comedy. Its greatest accomplishment is the monkey itself, realized by Rick BAKER.