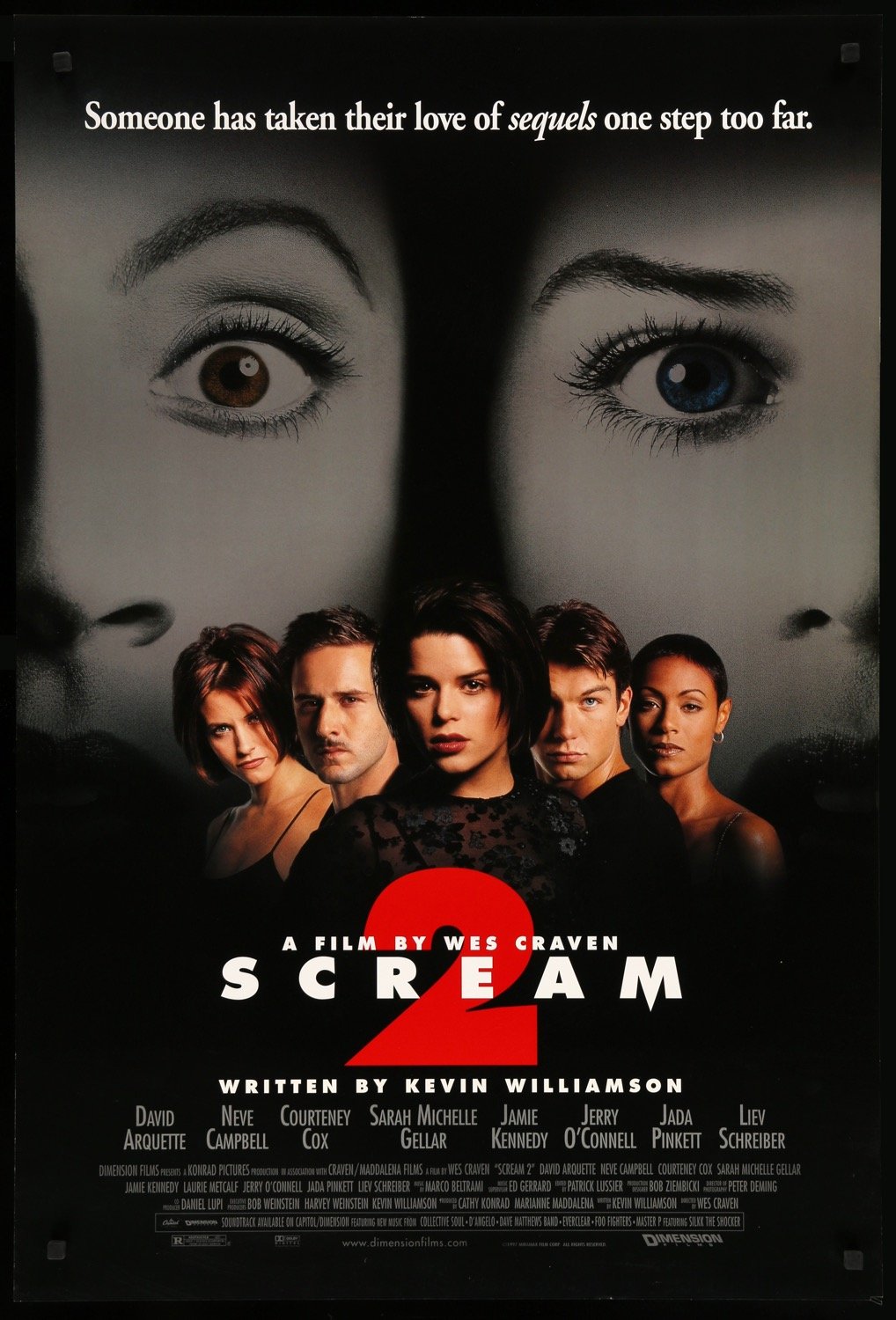 Windsor College offers students a picturesque haven for higher learning, just what Sidney Prescott needs. It’s spring time, two years after the murders in Woodsboro, California, and a satisfying freshman year is coming to an end. Sid has a great roommate, a devoted boyfriend and the lead in the school play. The snobbiest sorority on campus wants her to pledge. Smart-mouthed Randy, her old pal who also survived the Woodsboro killers, is enrolled in Windsor’s film school. And he’s fine now, just like Sid. But the past never really goes away. In fact, it reaches out and kills someone on campus when a movie called “Stab” opens around the country. “Stab”, based on the best selling book by tabloid tease Gale Weathers, depicts the real life account of the Woodsboro killings. The best selling book not only topped the charts, but helped free Cotton Weary, the man Sidney accused of killing her mother. And now, the movie has unleashed a new killer at Windsor.
Wes Craven’s Scream 2, like its predecessor, is a suspense thriller that blends the classic elements of the suspense genre with a bold, contemporary sense of humor. Neve Campbell (The Craft, Scream) stars again as the traumatized Sidney Prescott. Courteney Cox (Scream, Commandments) picks up her role of Gale Weathers, Sidney’s tabloid terror number one.