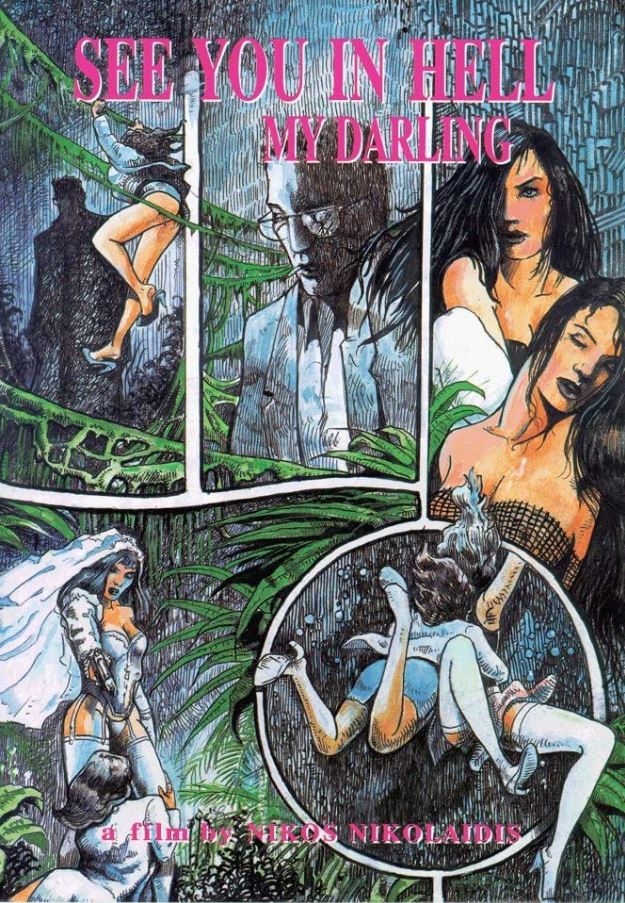 SEE YOU IN HELL, MY DARLING

Elsa and Vera are both in love with the man with whom they’ve robbed an armoured money transport. It goes without saying that there’s little friendship between these two attractive vixens. Then they find the object of their passion floating lifeless in Elsa’s swimming pool. There’s not much of him now to hold on to. That doesn’t stop them from tearing out each other’s hair. Elsa and Vera start a lethal game of cat and mouse that has to end in sending the loser to the cemetery and letting the winner get away with the money. But while they’re fighting, their ex-lover decides to rise from the grave and play the arbitrator. Those of you who had the chance in 1993 to appreciate the charms of Nikos Nikolaidis’ Singapore Sling (those who missed it, can catch it again at Cinema Nova), know that trying to summarise one of his films is only the beginning of the fun. It’s no wonder that each of his five previous movies ran away with the best awards at the Thessaloniki Film Festival. In See You In Hell, My Darling, he exposes an unforgettable and deadly love triangle to the elements of nature. A garden evolves into a jungle and a swimming pool takes on the size of an ocean, while his heroines battle against each other and against their surroundings.